According to the Wall Street Journal, US President Trump called out "Where’s my favorite dictator?" over a gathering of US and Egyptian officials at the G7 summit.

QUESTION WAS MET WITH A SHOCKED SILENCE

"Several people who were in the room at the time said they heard the question," Wall Street  Journal reported. "The witnesses said they believed the president made the comment jokingly, but said his question was met by a stunned silence." 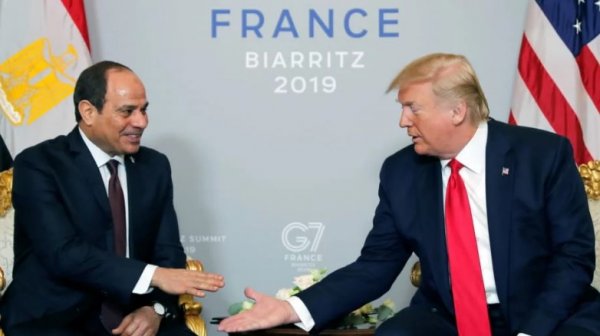 During the G7 summit, Trump lauded his relationship with the Egyptian strongman before reporters, saying, "We understood each other very well. He's a very tough man, I will tell you that. But he's also a good man, and he's done a fantastic job in Egypt. Not easy."