Trump and Erdoğan discuss US troops pullout from Syria

US President Donald Trump on Sunday said he discussed with his Turkish counterpart Recep Tayyip Erdogan over the phone about the withdrawal of US troops from Syria.

In a Twitter post, Trump said the phone conversation was "long and productive". He also praised President Erdoğan's attitude toward Syria conflict. 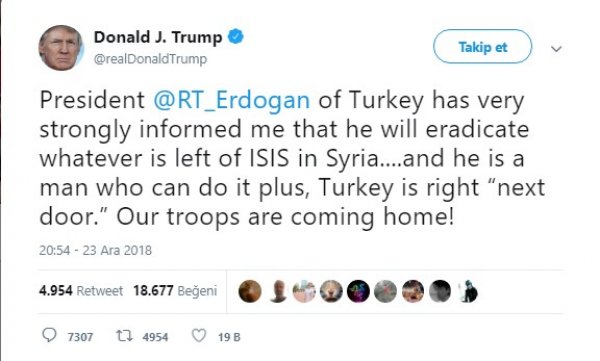 "We discussed ISIS, our mutual involvement in Syria, & the slow & highly coordinated pullout of U.S. troops from the area. After many years they are coming home," Trump wrote, using alternate for Daesh.

For his part, Erdoğan said in a Twitter post that the two leaders had agreed to “increase coordination” on a number of issues including commercial relations and developments in Syria.

President Trump had announced plans last Wednesday to withdraw roughly 2,000 U.S. troops from Syria after a phone call with Erdogan on Oct. 14 in which the two leaders agreed on the need for more effective coordination on the war-torn country.

Reports have suggested US forces will leave within 60 to 100 days. 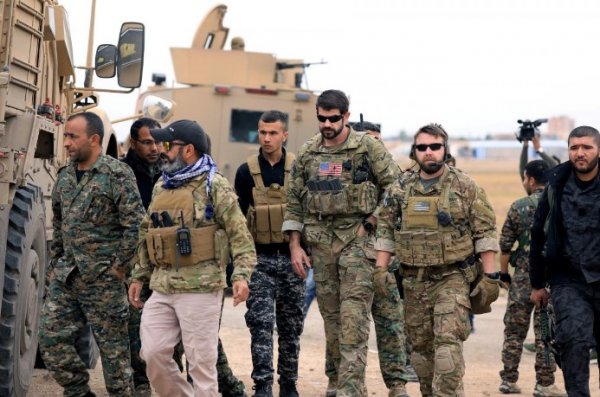 Trump’s decision to pull out of Syria was followed by resignations from U.S. Defense Secretary James Mattis and special presidential envoy for the global coalition to defeat Daesh Brett Mcgurk.

The withdrawal comes on the eve of a possible Turkish military operation in northeastern Syria against the YPG/PKK terrorist group.

Since 2016, Ankara has carried out two similar military operations in northern Syria.