"There is a lot of evil on that side. They’ve gone totally crazy," he told reporters outside the White House.

US President Donald Trump accused Democrats on Friday of having what he called "derangement syndrome," just two days after he was acquitted in his impeachment trial.

"They've got it. They've got a bad case of it. You saw that, that was on display the other night when she ripped up the speech," Trump told reporters as he was leaving the White House. "I think there's a lot of evil on that side. They've gone crazy, they've gone totally crazy. It's too bad." 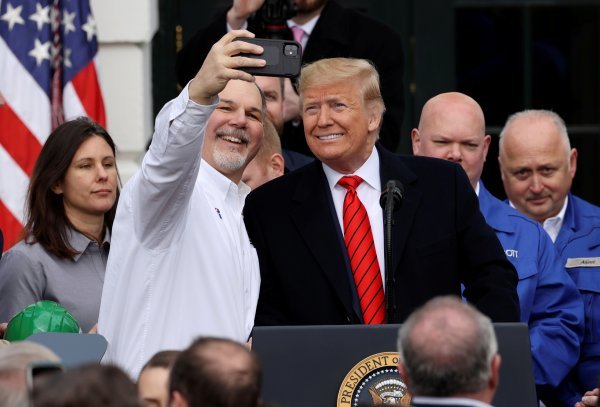 He was referring to House Speaker Nancy Pelosi who publicly tore up a copy of Trump's State of the Union address as he concluded the speech.

Trump bemoaned the action, calling it "very disrespectful" and "illegal" because he said the copy was an "official document." "You're not allowed, it's illegal what she did. She broke the law," Trump said. 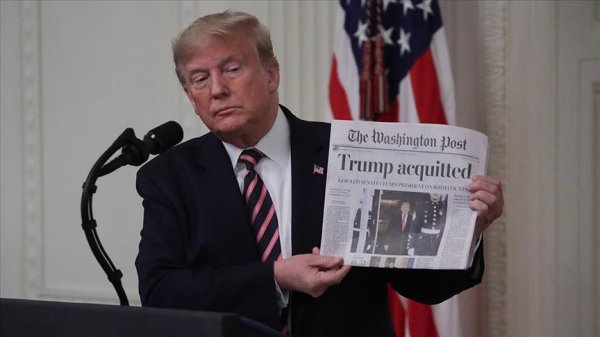 Pelosi has defended her controversial action, saying that when she tore it up on national television she was shredding a "compilation of falsehoods," calling his speech a "State of His Mind" address.  "I feel very liberated," she told reporters. "He has shredded the truth in his speech. He is shredding the Constitution in his conduct. I shredded his State of His Mind address."

Trump boasted Thursday of his Senate impeachment acquittal, praising his political "warriors" while tearing into opponents, including Pelosi. He said she wanted to impeach him "from day one" while questioning statements in which she has repeatedly said she prays for the president.