The overall volume of trade between Turkey and Lithuania in 2018 was recorded at $687 million, according to the Turkish Foreign Ministry.

Top diplomats of Turkey and Lithuania on Thursday hailed a historic treaty which 90 years ago “laid the foundations for the existing strong bonds between our nations.”

“Today marks the 90th anniversary of the signing of the Treaty of Friendship between Turkey and Lithuania,” said a joint statement by Foreign Minister Mevlüt Çavuşoğlu and his Lithuanian counterpart Linas Linkevicius.

"TURKEY AND LITHUANIA HAVE SINCE ENJOYED EXCELLENT BILATERAL RELATIONS"

“This historic Treaty which laid the foundations for the existing strong bonds between our nations is also the main legal document of the establishment of diplomatic relations between our countries.”

“Turkey and Lithuania have since enjoyed excellent bilateral relations based on mutual respect for each other’s sovereignty and independence. Turkey did not recognize the occupation and annexation of independent Lithuania in 1940 by the Soviet Union,” the statement added. 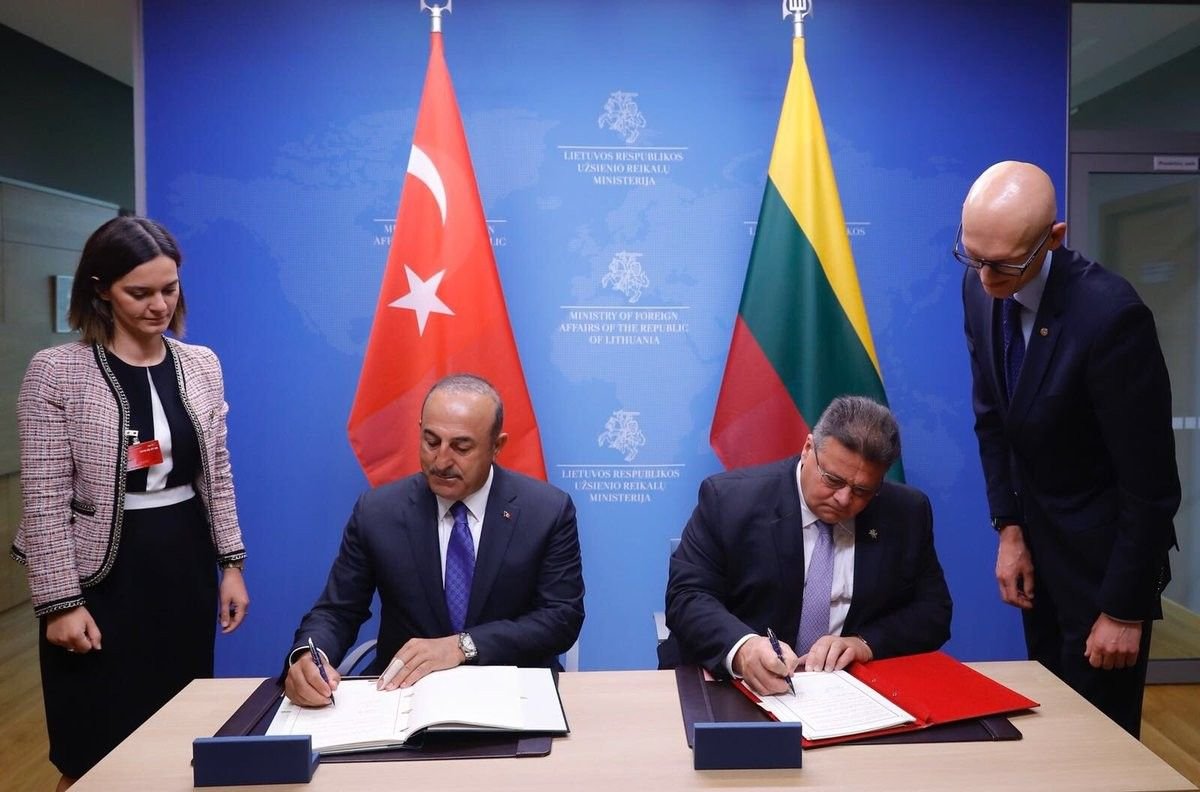 “Since the signing of the Treaty of Friendship 90 years ago, the two countries built a strong relationship expressed through bilateral agreements in various fields ranging from education to trade. Turkey supported Lithuania’s NATO membership and Lithuania supports Turkey’s accession process to the EU, and the two countries have a fruitful cooperation in other international organizations,” the statement added.