At the Taliban's proposal, Turkey may end up running the airport in the Afghan capital Kabul, with the Taliban themselves providing security, but a decision is still pending, the Turkish president said on Friday.

"The Taliban have proposed that we operate Kabul airport. We have not yet made a decision on this issue," said Recep Tayyip Erdoğan amid continued evacuations in the wake of Thursday’s deadly terrorist attack just outside the airport grounds.

At a press conference in Istanbul before taking off to Sarajevo, Bosnia and Herzegovina, Erdoğan condemned the terror attack and stressed that such attacks by Daesh/ISIS show the grave threat the terror group poses to both the region and the world.

He said the heinous attack has made it clear how important security in Afghanistan is, and that the state's priority for now is the evacuation of Turkish citizens. 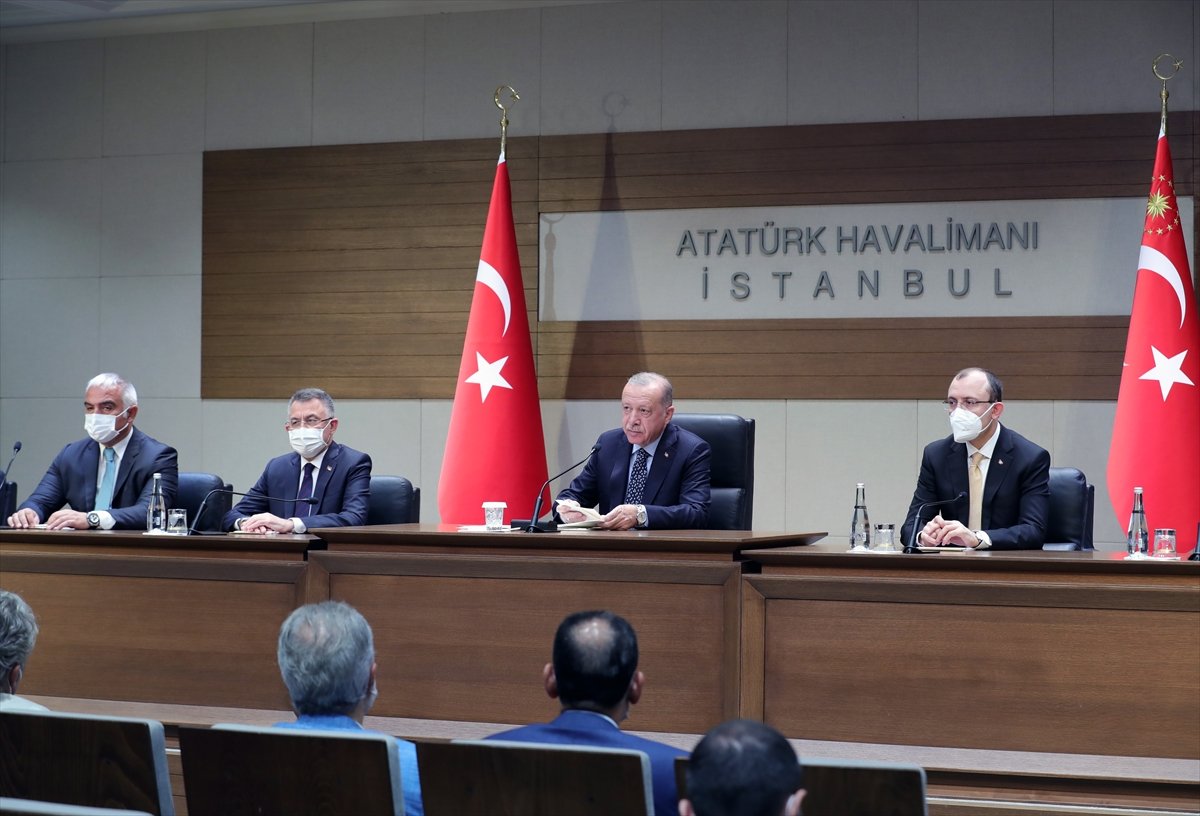 Despite the attack, the evacuation of Turkish troops as well as civilians continues and will be completed as soon as possible, the president added.

The ISIS-K terrorist group, the Afghan affiliate of Daesh/ISIS, has claimed responsibility for the attack that claimed the lives of at least 90 people, including 13 US soldiers.

TURKEY'S TALKS WITH THE TALIBAN

Erdoğan said the Turkish Embassy in Afghanistan has been shifted to the military zone inside Kabul airport, where a first meeting between Turkish officials and the Taliban lasted for over three hours.

If necessary, more meetings will be held, and Turkey wants to hold negotiations in a cordial manner, he added.

Erdoğan said the meetings are the only way to work on expectations and negotiate, to practice diplomacy.

"Of course, we have frequent meetings with the chancellor as you know, we meet, we review roadmaps,” he added. “But of course it’s clear that they are too late in some things. The decision to work with Turkey was late. While everyone was leaving Afghanistan, we stayed in Kabul. We continued the process there in the most ideal way."

According to the Interior Ministry, currently there are some 300,000 Afghan immigrants both registered and unregistered in Turkey, he said.

Stressing that Turkey cannot handle another migration wave, he said it has built walls along its borders with Iran, Iraq, and Syria.

The Taliban taking power in Afghanistan has led to thousands of Afghans fearing retribution and uncertainty trying to flee the country.