US Senator Lindsey Graham was pranked by two Russians pretending to be Turkey’s minister of defense in an August phone call, his office said on Thursday.

US Senator Lindsey Graham has been tricked into prank phone calls by Russian pranksters posing as Defenese Minister Hulusi Akar.

"YPG IS A BIG PROBLEM"

The Republican senator, who has been criticizing Turkey’s Operation Peace Spring against YPG terror organization, can be heard in the August recordings discussing his sympathy for the Turkish government’s opposition to “Kurds” in the region. 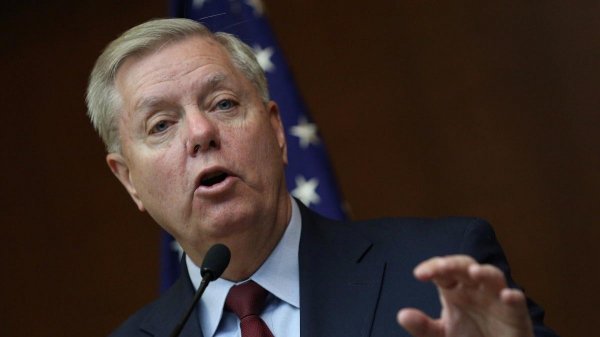 “Your YPG Kurdish problem is a big problem,” Mr Graham said on the call, referring to YPG terror organization. The recording was provided to Politico.

"I told President Trump that Obama made a huge mistake in relying on the YPG Kurds," Graham continued. "Everything I worried about has come true, and now we have to make sure Turkey is protected from this threat in Syria. I'm sympathetic to the YPG problem, and so is the President, quite frankly." he said.