Russian FM: Turkey’s desire for a safe zone is rightful

Turkey has long championed the idea of terrorist-free safe zones in Syria and stressed ridding the area of the terrorist YPG/PKK, the Syrian branch of the PKK, as well as resettling Syrian migrants.

"TURKEY SUFFERS FROM THE TERRORISTS"

“They are suffering from the infiltration of terrorists coming from territory controlled by the US right now,” Lavrov told reporters in New York on the sidelines of the 74th UN General Assembly.

Russia is not indifferent to the issue of the safe zone as it is related to the territorial integrity and sovereignty of Syria and they are meeting with both countries, he added. 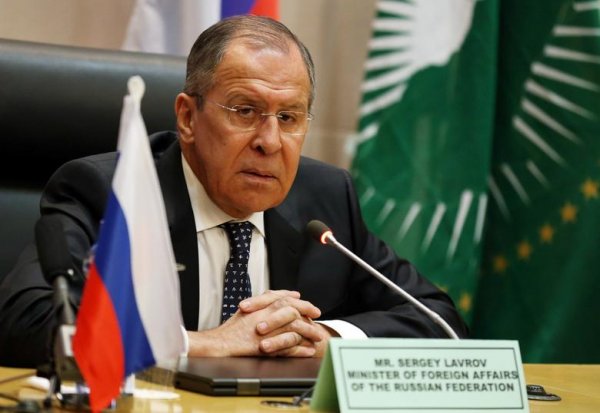 Lavrov also said Moscow will respond to the US by taking necessary steps due to its preventing some Russian diplomats from attending the UN General Assembly.

Turkish and US military officials agreed on Aug. 7 this year to set up a safe zone in northern Syria and develop a peace corridor to facilitate the movement of displaced Syrians who want to return home.