In a recent statement, the Russian government stated that the US supplies arms to Kurds and Arabs, fueling conflict in the war-torn region.

Russia is concerned about the continued supply of arms and military equipment to the Euphrates region, the Russian military said on Monday.

The arms are being delivered in return for help in oil trafficking from Syria, Russian General Staff spokesman Sergey Rudskoy told a news conference in Moscow.

"US SUPPLY OF ARMS IS A GREAT CONCERN"

"The continued supply of arms and military equipment to the region by the United States is also of great concern. In exchange for assistance in oil smuggling, the United States is pumping up with weapons both Kurdish and Arab groups, which then use them against each other. All this only aggravates the situation in the war-torn region," he said. 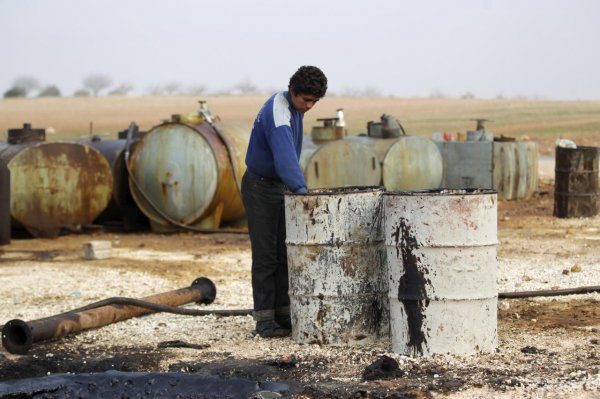 "WE COOPERATE WITH TURKEY TO NORMALIZE THE SAFE ZONE"

Turning to the Idlib de-escalation zone, Rudskoy said the Russian military works there in close cooperation with their Turkish colleagues to normalize the situation.

"The Russian side provides the functioning of the Turkish observation posts within the de-escalation zone, patrolling and conducting convoys. In cooperation with our Turkish colleagues, we’re taking measures to identify and target the gun positions of terrorists, their equipment, weapons, and ammunition depots. We notify the Turkish side of the strikes in a timely manner," he said, adding that the Russian Air Forces minimized the number of flights and consequently of strikes in Syria.