Relations between Kyiv and Moscow broke down after Russia annexed Crimea following an illegal independence vote in 2014.

Ukrainian President Volodymyr Zelensky announced Friday that Russia and Ukraine are preparing a list for a new stage of exchange of prisoners.

The topic is on the agenda of the Minsk group meetings and at the consultations in the Normandy Four -- Ukraine, Germany, France and Russia -- format, Zelensky said, speaking at the Yalta European Strategy (YES) forum in the capital Kiev.

ZELENSKY PROMISED TO FIGHT FOR CRIMEA

"Now we are preparing other lists and waiting for a new round of exchange. We will agree on this in Minsk and in the Normandy process," Zelensky said.

Asked about the possibility of a peacekeeping mission on Donbass, in eastern Ukraine, Zelensky said he was "cautious" about the idea, but he would not mind to have peacekeepers on the Russian-Ukrainian border. 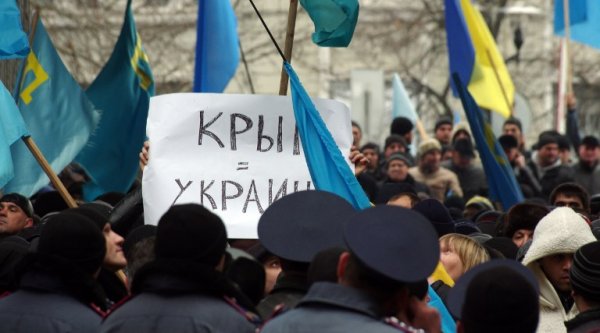 "I am very cautious about this issue of peacekeepers in Donbass. I know that the previous government discussed these issues and the structure of how to introduce a peacekeeping mission. I don't want to have the Abkhazian or Transnistria scenario in the Donbass region. Up to this moment, I have not raised the issue of the peacekeepers in the Minsk process," he said.