In an interview with the state-run RIA news agency, the head of Russian FSVTS Shugaev said that Turkey’s S-400 purchase wouldn’t be a problem for Greece as long as the country behave well.

The service organized a special presentation for the Turkish Air Forces in Istanbul "in dynamic and in static," Shugaev said in an interview with the state-run RIA news agency.

Speaking on a possible delivery of the Russian fighter jets to Turkey, Shugaev said Su-35 model is in priority to sell as the "first in a line of Russian combat aviation," while Su-57 can be considered as the next stage. "We have a progressive interaction in this area. It is too early to talk about any contracts and say that we have started something specific, but the issue is being studied, consultations are being held at the level of specialists and experts," he said. 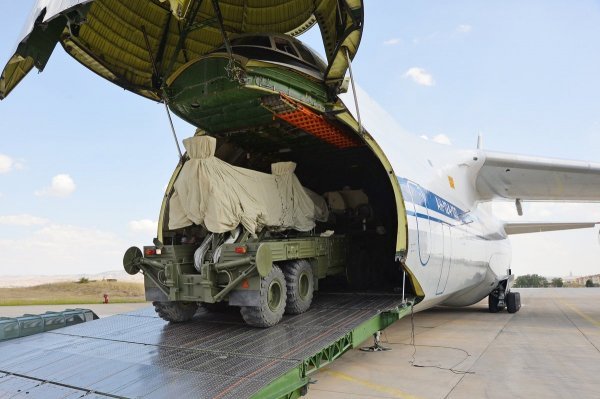 Asked about Greek government’s concerns on Turkey’s S-400 purchase, Shugaev said that The missile system was a defense system. “Turkey’s S-400 delivery doesn’t pose a threat against Greece. Their concerns are groundless. Nobody will get harmed unless they try to declare war.”