Signed between Iran and the US, UK, France, China, Russia, Germany, the deal curbed Iran's nuclear activities in return for the lifting of sanctions.

Russian President Vladimir Putin discussed with his Iranian counterpart issues of mutual interest including the 2015 nuclear deal and developments in Syria, the Kremlin said on Thursday.

Putin stressed that the Joint Comprehensive Plan of Action, commonly known as the Iran nuclear deal, remains an important agreement that contributes to global stability and security.

Rouhani reaffirmed commitment to the deal, and readiness for equal and constructive interaction with all its participants within the framework of the International Atomic Energy Agency. 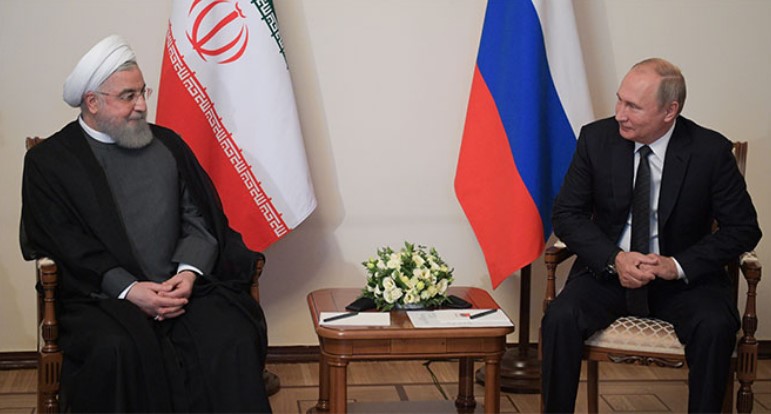 To apply “maximum pressure,” sanctions have been reinstated, and the Iranian economy has fallen into a deep recession, with particular difficulty in managing the coronavirus pandemic.

Turning to Syria, which is going through a civil war since 2011, the two leaders praised the decisions made during a trilateral video conference with Turkish President Recep Tayyip Erdoğan on July 1. The three countries had “expressed the conviction” that Syria’s war had no military solution, and has to be settled via a political process.