Speaking to the reporters, Turkey’s presidential spokesperson said that the two leaders spoke about Syria on the phone.

Speaking to reporters following a Cabinet meeting at the presidential complex, Ibrahim Kalin said Recep Tayyip Erdogan and his Russian counterpart Vladimir Putin hold a phone conversation about the situation in Syria.

President Recep Tayyip Erdoğan and his Russian counterpart President Vladimir Putin pledged to continue cooperation in the military and energy spheres, the Kremlin said on Wednesday. 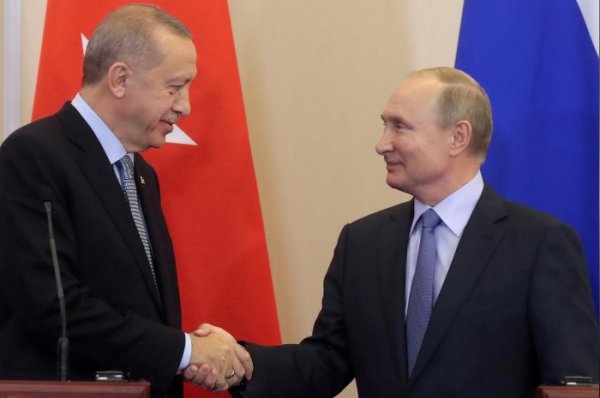 The pledge, made in a phone call, comes after a Turkish presidential spokesman said American legislation to impose sanctions against Turkey will not affect Ankara’s use of the Russian S-400 missile defence system even if it passes the US Congress.

A US Senate committee on Wednesday backed legislation to impose sanctions on Turkey after its offensive in Syria and purchase of the S-400 system.