Each step we have taken for development of our cities opposed by terror groups, says Erdoğan.

The Turkish president on Saturday attended the opening ceremony of the Hasankeyf-2 Bridge, built in southeastern Turkey, with a live link from the Huber Mansion in the Turkish metropolis Istanbul.

Wishing that Hasankeyf-2 Bridge will be propitious for Turkey, Recep Tayyip Erdoğan said the bridge is an important gain for especially the people of the region.

This 1,001-meter- (3,284-feet-) long bridge is among the world’s longest bridges, and the bridge, built in the split road standard, also has a toll road for pedestrians, he said. 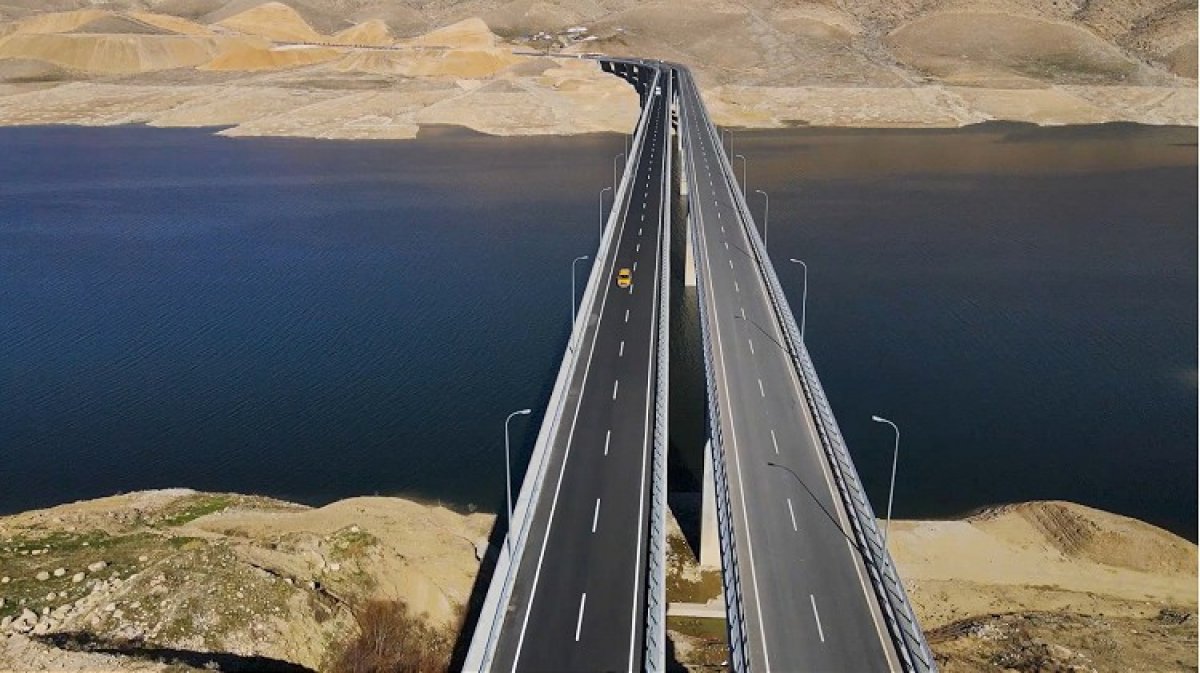 "This bridge, which has a total investment of 439 million Turkish liras (over $54.3 million), will also provide a connection with the new center of Hasankeyf, built outside the lake area of the under-water Batman-Midyat road.

“With our inaugural project, time and oil will be saved significantly.”

"Hasankeyf-2 Bridge will link (the provinces of) Batman, Mardin, and Habur border crossing and have a multiplier effect on the regional trade," said Erdoğan.

Erdoğan congratulated those who worked on the construction of the giant work rising on the Tigris River, thanking all who put their labor to make the dreams of the country and the nation to come true.

"We are dealing with complex terrains as well as sabotage by separatist terrorist organizations in our projects in Anatolia," he noted, referring to the difficulty in the building process of the bridge. 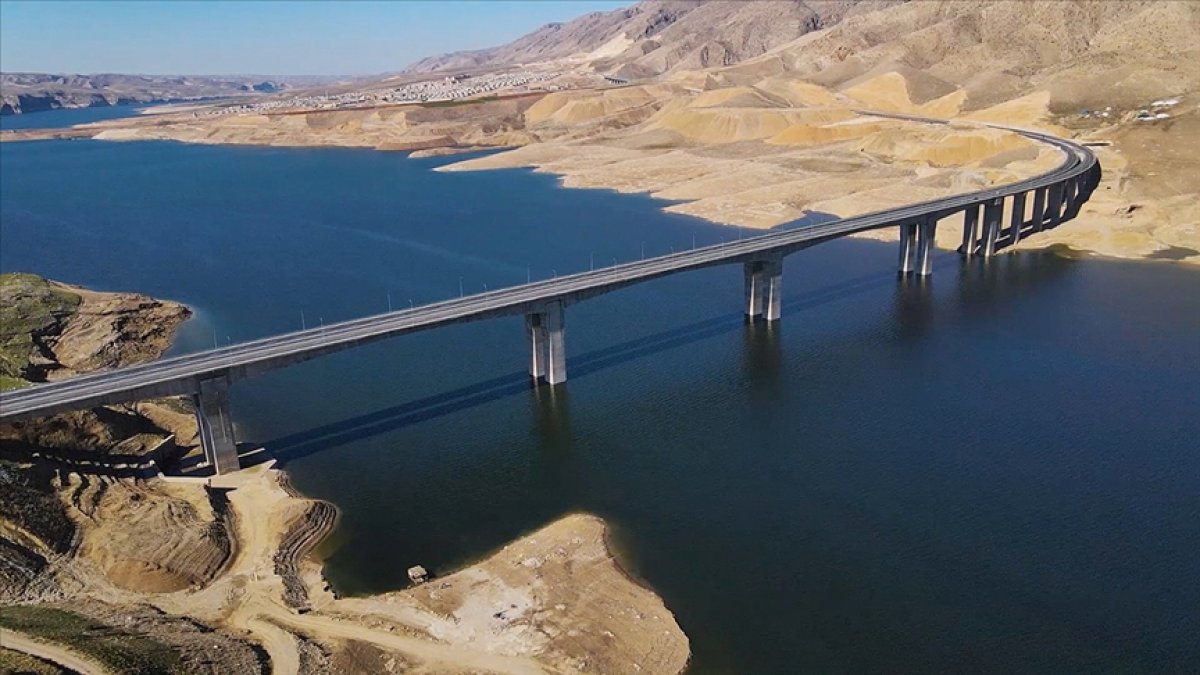 “Whenever we built a library, course, dormitory, or youth center, they set it on fire, burned it down, and destroyed it. Through pressures, they tried to intimidate businesspeople who brought investment to the region. They used municipal vehicles bought with our nation's taxes to ditch the streets instead of serving the public,” recalled Erdoğan.

Despite all opposition groups, the PKK terrorist organization, and their supporters, "we are striving to ensure the same level of development in Turkey's both eastern and western parts," said Erdoğan.

"We have managed record investments in the last 19 years, especially in the field of transport," said the Turkish president, stressing that all developments Turkey has reached in this period have much exceeded those during the country's history.

He stressed that they have acquired rail system lines, subways, tram lines in important parts of the cities, increasing the number of airports to 56 with 30 additions, making the airline a public one.

“So far, we have used 932 billion Turkish liras (over $115.4 billion) of resources at the point of transport investment,” said the Turkish president.

"Foreigners now view our roads, bridges, and airports with envy when they come to Turkey," he said, adding: "For health care, thousands come to Turkey, our citizens no longer need to go abroad to seek proper treatment."

20 MILLION DOSES WERE ADMINISTERED TO CITIZENS

He also mentioned the recent developments in the county's coronavirus vaccination process.

Erdoğan noted that Turkey's fight against the pandemic has been cited as an example by both the World Health Organization and Western media outlets, completing the construction of a total of 16,160-bed medical facility in the last year alone, and offering it to the benefit of people.

"At a time when nearly 100 countries have not even started the COVID-19 vaccination (process), we have administered 20 million doses to our citizens," Erdoğan noted.

Erdoğan stressed that the Turkish economy closed 2020 with a significant growth rate of 1.8%.

"In the same way, every month we receive news of new records in exports and industrial production. In March, our exports reached $18.9 million, the highest monthly export of all times, an increase of 42.2% compared to March of last year.”

“Of course, we have problems, but we also have many reasons to look to the future with hope. I hope that we will turn 2021 into a year of glory for our country and our nation. As always, we will achieve this with solidarity and unity,” added Erdoğan.