Poll results show ruling party ahead in elections in Poland

Poland's ruling party Law and Justice (PiS) eased past in Sunday's parliamentary election when it gained 43.6% of votes, according to exit polls.

With the record turnout, the rightwing PİS secured 239 seats in the 460-member Sejm, a lower house of Polish parliament. 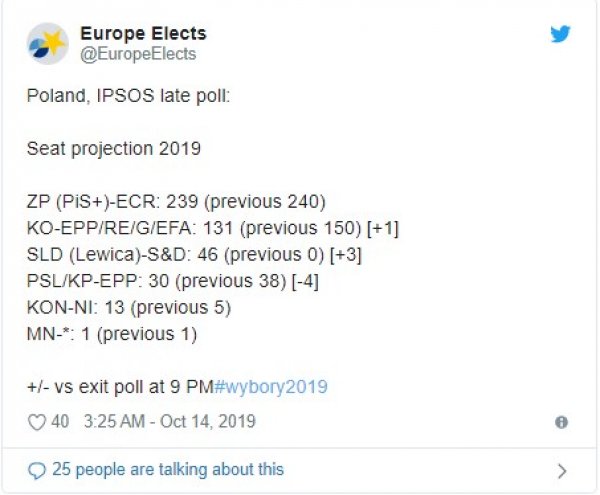 PiS was far ahead of the main opposition party, the centrist Civic Coalition (KO), which includes Civic Platform (PO), as the coalition gained 27.4% of the votes.

The Civic Coalition will get 130 seats in the parliament.