While suspending parliament ahead of a Queen’s Speech is the historical norm in Britain, the decision to limit parliamentary scrutiny weeks before the country’s most contentious policy decision.

Prime Minister Boris Johnson will suspend Britain’s parliament for more than a month before Brexit, enraging opponents and raising the stakes in the country’s most serious political crisis in decades.

Cheered on by US President Donald Trump, Johnson launched his boldest move yet to take the country out of the European Union by Oct. 31 with or without a divorce deal, by setting a new date for a state opening of parliament.

Known as the Queen’s Speech, the formal event will be held on Oct. 14 and be preceded by a suspension of the House of Commons, meaning parliament will not sit between mid-September and mid-October. 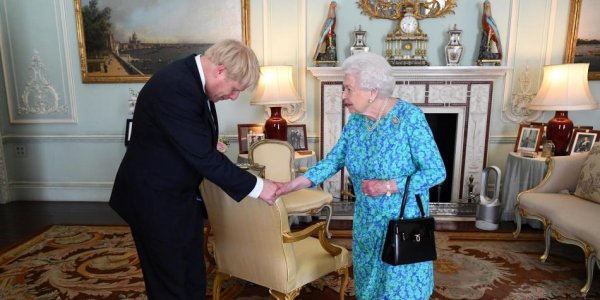 The move, which had to be approved by Queen Elizabeth, limits the time opponents have to derail a disorderly Brexit, but also increases the chance that Johnson could face a vote of no-confidence in his government, and possibly an election. 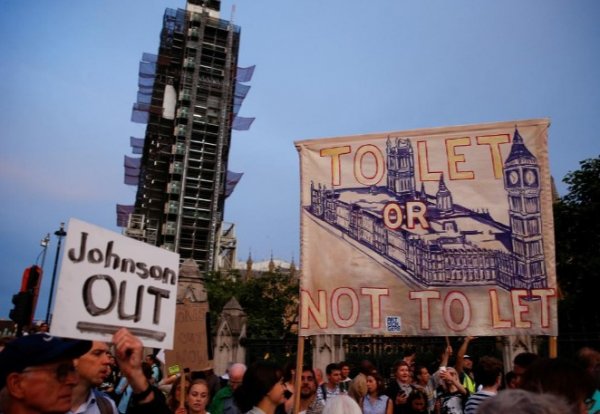 “Make no mistake, this is a very British coup,” John McDonnell, the second most powerful man in the opposition Labour Party, said. More than half a million people signed an online petition to object and the pound fell sharply. 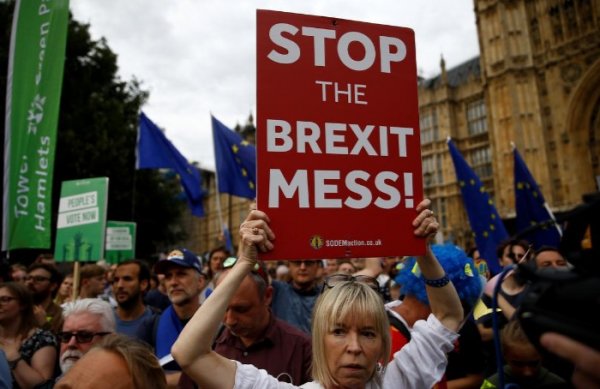 Cries of “Shame on You” and “Stop the Coup” could be heard from inside the walls of the parliamentary estate, as a couple of hundred protesters gathered near the bank of the River Thames to wave EU flags and show their disgust. 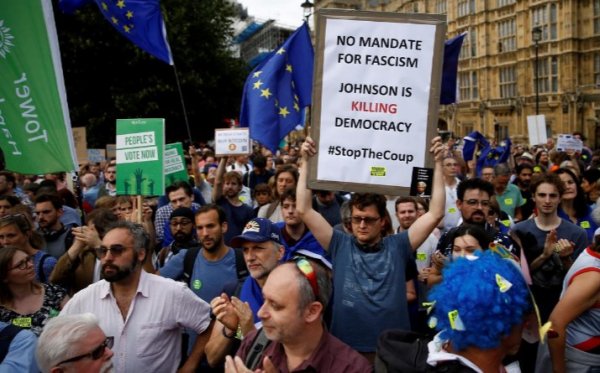 “Democracy is so important. It’s taught from such a young age as such a vital thing about being a British person and today just completely ruins that, tramples it and throws it out,” said 17-year-old student Dylan Butlin, one of the protesters. 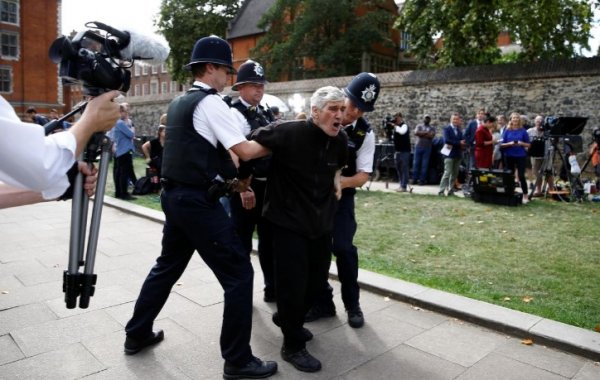