Open dialogue between Turkey, EU has paid off: Macron

Ankara was moving away from escalation resulting in easing tensions, but European countries are cautious, according to French President Emmanuel Macron on Friday regarding Turkey’s “constructive engagement” in the Mediterranean to halt annual migratory flows.

Macron said that there were “useful discussions” on the dangerous crossing attempts in the Mediterranean around summertime and dialogue of “openness and firmness” between Turkey and the EU “has paid off.”

His comments came during a news conference where he gave an overview of discussions held at an EU summit in Brussels.

“Last year we had defined milestones for Ankara to get out of the attitude of escalation in which it had entered and to take the path of a constructive engagement with the EU,” he said, adding that tensions with Turkey have reduced and some of the demands made by the EU “have been followed by action.” 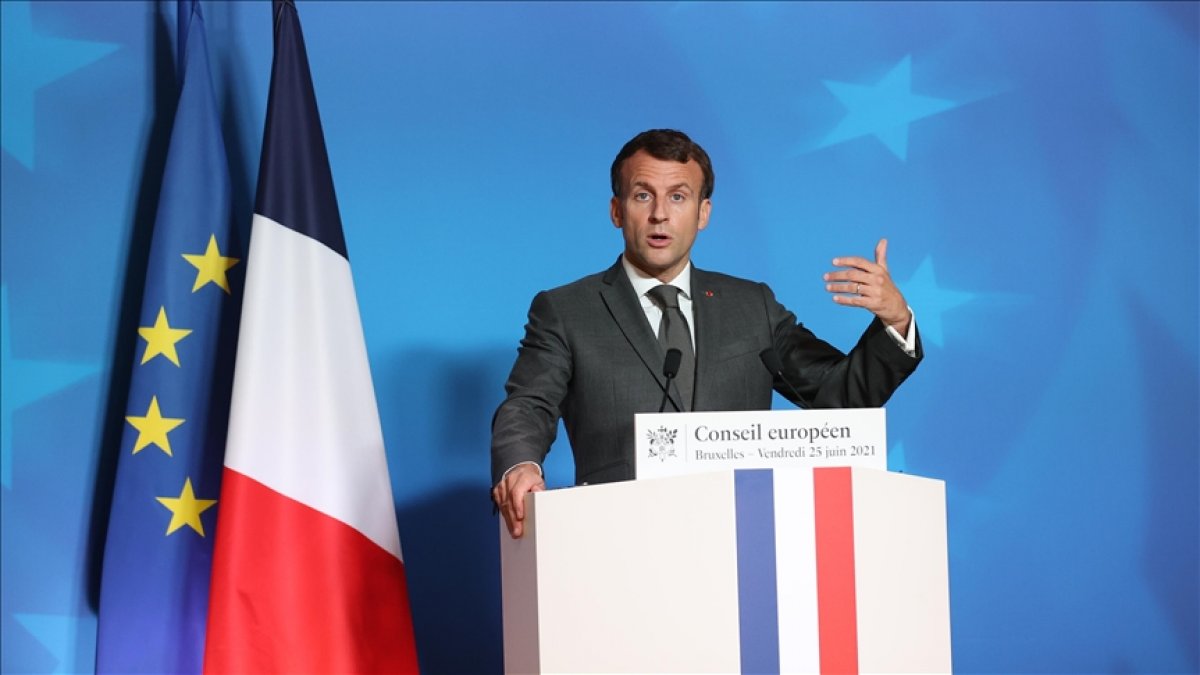 “We can only encourage Turkey to continue its efforts, in particular by being constructive in the treatment of the various regional conflicts,” said Macron, referring to inter-Cypriot discussions.

He said the “appeasement is evident” with Turkey but the EU will continue to be vigilant during the summer in full support of Cyprus and Greece to re-engage in the joint work on the question of refugees. “Turkey has a responsibility and plays an important role,” he said.

The EU signed a new deal with Turkey on Friday providing additional assistance of €3 billion ($3.6 billion) over the next few years to provide assistance to Syrian refugees on its territory and effectively prevent migrants from crossing the Mediterranean.

Still, thousands of refugees from West Asia and Africa risk their lives during the summer months and attempt to cross the sea to reach Europe.