North Macedonia heads to the polls

The country was set to hold snap polls on April 12, but they were postponed due to the coronavirus pandemic.

People cast their ballots in the early general elections at a polling station on Wednesday in North Macedonia.

More than 1.8 million voters in North Macedonia are expected to cast their ballots on Wednesday in general elections.

FIRST GENERAL ELECTIONS SINCE THE COUNTRY CHANGED ITS NAME

More than 1,500 candidates from 15 political alliances and parties are vying for a spot in the 120-seat national assembly.

Polling will continue from 7 a.m. to 9 p.m. local time (0500-1900GMT) for voters to determine the names and parties that will govern the country for the next four years. 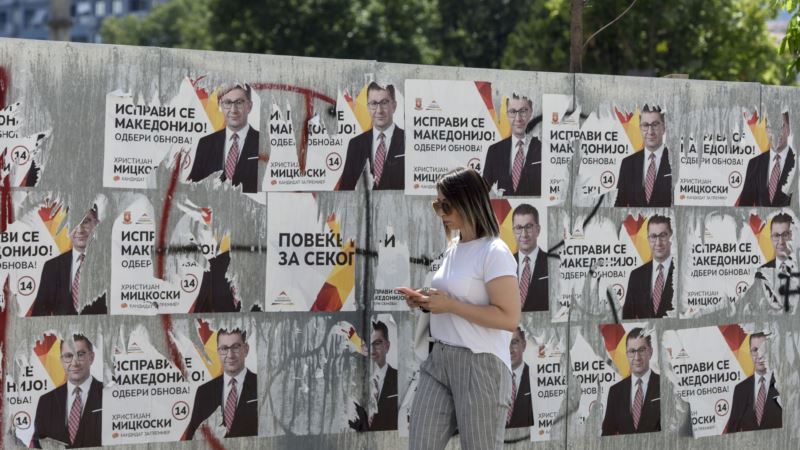 Special measures will be adopted in view of the pandemic. Patients, elderly, and coronavirus-positive voters will be able to vote from their homes or hospitals on July 13-14.

North Macedonia is holding its first general elections since it changed its name last year.

Formerly known as Macedonia, the country in 2019 changed its official name to North Macedonia following 22 years of dispute with Greece in order to move forward with its Euro-Atlantic integration. The country has a little over 2 million population and the main objective is European Union membership.