Netanyahu hinted at a possible rotating premiership deal with Gantz.

Israel’s weakened Prime Minister Benjamin Netanyahu invited his main rival, Benny Gantz, on Thursday to join him in a broad coalition government — an abrupt change of strategy after failing to win a ruling majority in election.

Gantz, a former armed forces chief who heads the centrist Blue and White Party, planned to make a statement at 2 p.m. (1100 GMT), a spokesman said.

"IT'S IMPOSSIBLE TO FORM A RIGHT-WING GOVERNMENT"

Making the surprise offer, Netanyahu, head of the right-wing Likud party and Israel’s longest-serving leader, said in a video clip that in the run-up to Tuesday’s election, he had pledged to form a right-wing government. 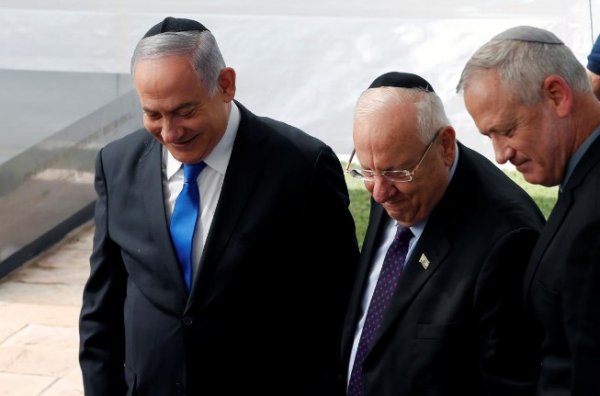 "But to my regret, the election results show that this is impossible," Netanyahu said. "Benny, we must set up a broad unity government, as soon as today. The nation expects us, both of us, to demonstrate responsibility and that we pursue cooperation." 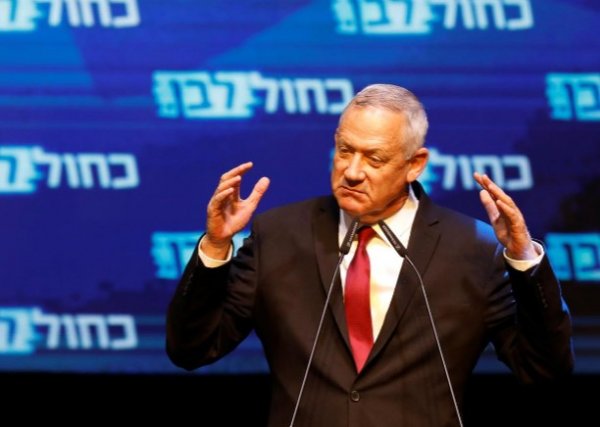 In subsequent comments, at a ceremony - which Gantz also attended - marking the third anniversary of the death of Israeli statesman Shimon Peres, Netanyahu said his offer came with no preconditions. A smiling Netanyahu and Gantz warmly shook hands at the event.