Netanyahu meets US envoy to discuss the deal of the century

According to the sources, two officials discussed the possibility of delaying the announcement of the deal due to the Israeli gov't forming crisis.

Israel's Prime Minister Benjamin Netanyahu met with US envoy to the Middle East Jason Greenblatt to discuss possibility of delaying the announcement of the political part of the American-proposed peace plan, known as "deal of the century".

The Israeli media reported that Greenblatt arrived in Israel on Thursday to meet with Israeli officials, including Benny Gantz, leader of center-left Blue and White party, following the Israeli elections stalemate. 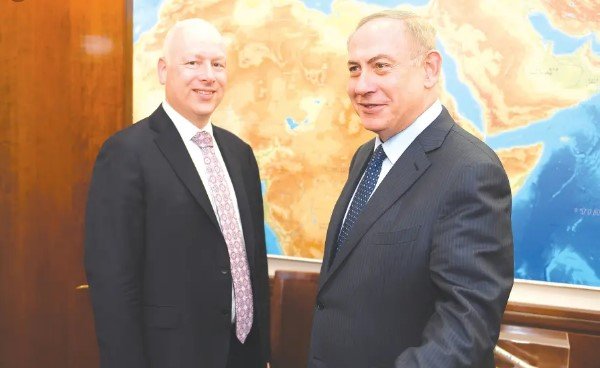 In a Thursday interview with a US-based Hamodia daily, Greenblatt said that "the US administration decided not to roll out the plan before the election, but it is still not clear if it [the peace plan] will be released during or after coalition formation."

"It’s early to say, how the elections will affect the plan. Our plan is different than what people have been talking about for so many years. We think we listened very hard to everyone in the region including Israelis, Palestinians and experts in the region," Greenblatt added.

Earlier this month, Greenblatt announced he had resigned from his position, yet, he hinted later that he may be staying for a few more weeks.