The traditional trip to Greek Cypriot side comes amid tensions in the region, especially over rights to energy exploration.

Greece’s new prime minister got a warm welcome from the Greek Cypriot administration leader on Monday at the beginning of a two-day working visit.

After meeting at the presidential palace, Nicos Anastasiades said Kyriakos Mitsotakis paying his first overseas visit to the Greek Cypriot side shows their strong relations.

VISIT CAME AMID TENSIONS WITH TURKEY

Speaking after the meeting with Cypriot President Nicos Anastasiadis, he said that talks between the two leaders focused on developments with Turkey. 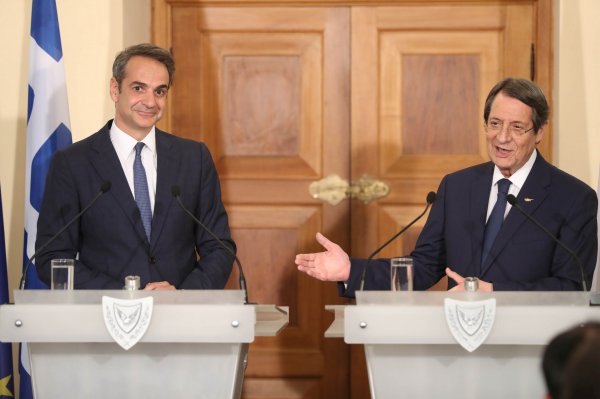 Mitsotakis said that ending the "occupation" of the island's north by Turkey is a top priority. 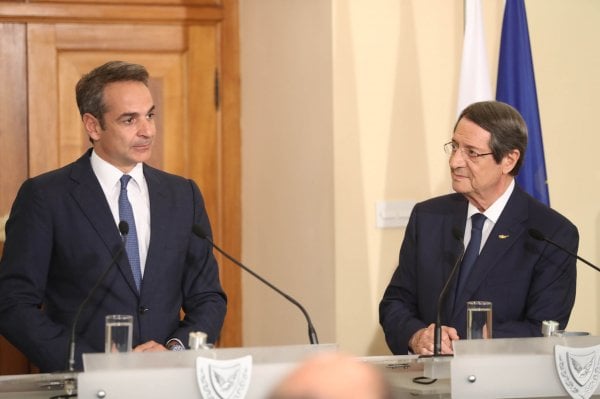 The visit comes amid tensions with Turkey and the Turkish Republic of Northern Cyprus (TRNC) over energy exploration in the Eastern Mediterranean, with Turkey sending out two ships to seek out underwater resources.