A Belgian daily newspaper on Sunday likened European Council President Charles Michel and European Commission President Ursula von der Leyen to “inexperienced, ambitious strikers who do not pass to each other" after a protocol incident during their visit on April 6 to the Turkish capital Ankara.

Claiming that the two leaders of EU-related institutions “waste Europe’s power in the world,” the Flemish “De Tijd” newspaper said the incident drew reactions from women in Europe.

The newspaper said Michel placed part of the responsibility for the incident on Turkish protocol.

It was noted that Michel's protocol officers saw their own leader ahead in the rankings, but similar meetings made no distinction between previous council and commission presidents. 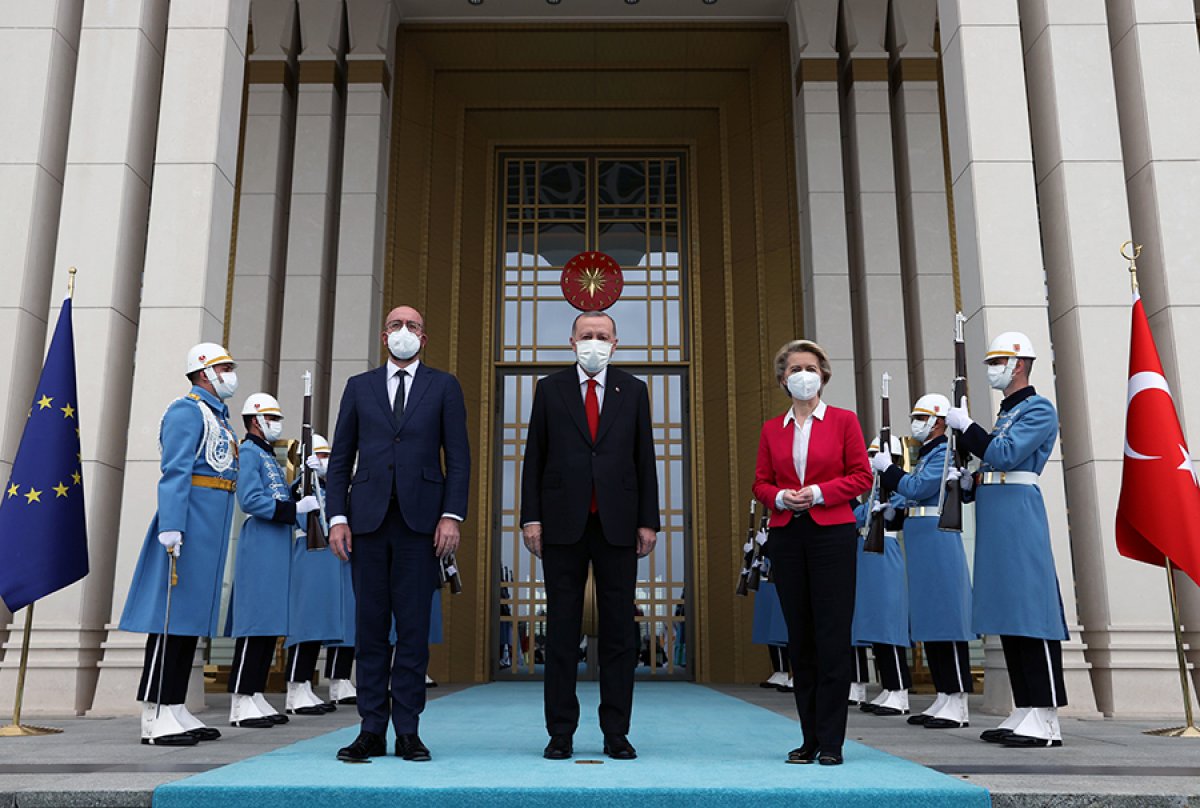 The newspaper said there had been "childish bickering" between the two before, including over who would lead a video conference with British Prime Minister Boris Johnson.

Following this incident, Francois Roux, who had been the director of Michel's special staff, was sacked.

Writing that Michel and von der Leyen acted like "relatively inexperienced and ambitious strikers who do not pass to each other,” the newspaper recalled that the two leaders “count on a small circle of loyalists for their policy.”

In the report, it was stated that there was talk among diplomats that there was a great deal of personal jealousy between the two and that Michel and von der Leyen's teams spoke less to each other than the teams of previous council and commission presidents. 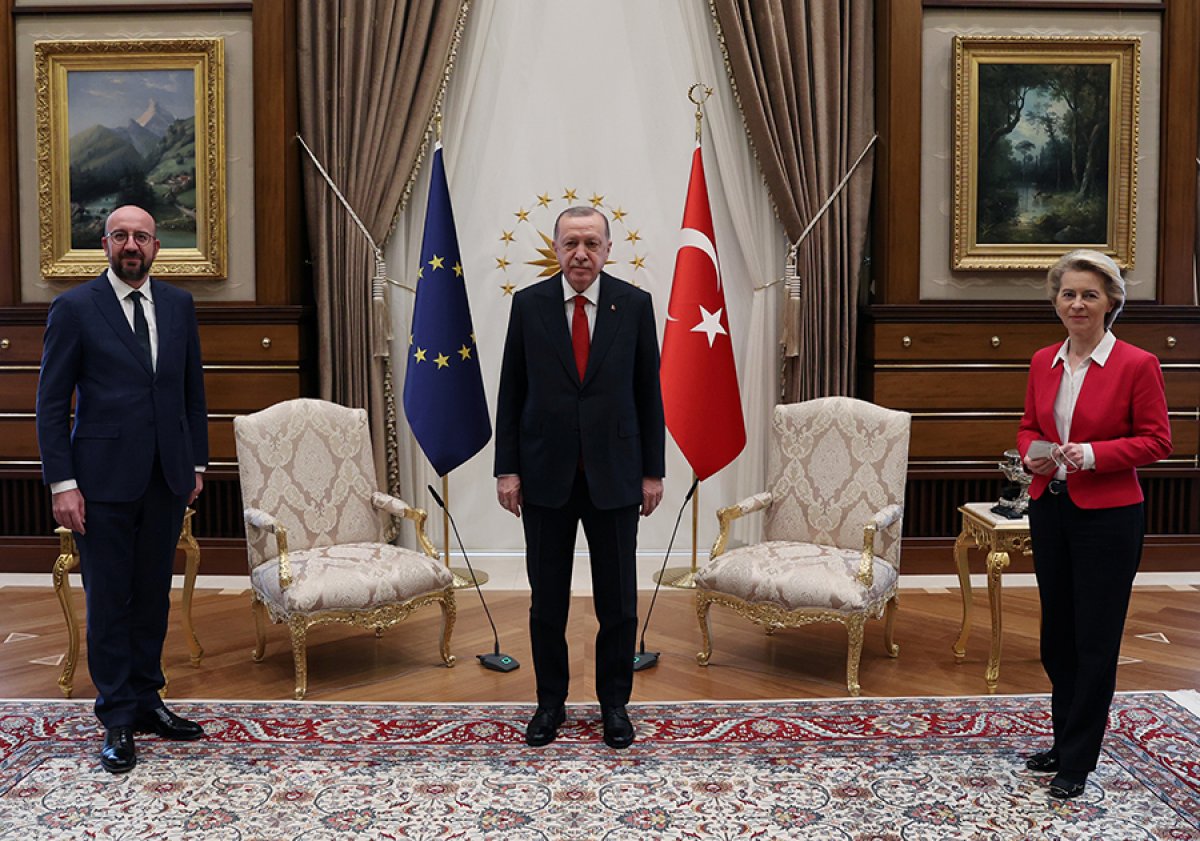 On April 6, Michel and von der Leyen visited Ankara and met with Turkish President Recep Tayyip Erdoğan as part of diplomatic efforts to improve relations between the bloc and Turkey.

In a video filmed ahead of the meeting, von der Leyen seems surprised as Michel is offered a chair next to Erdoğan but she is left standing and seems unsure where to sit. She gestures with her right hand and says “ehm.” She is eventually offered a seat on a nearby sofa.

Speaking to reporters Thursday, Turkish Foreign Minister Mevlut Cavusoglu downplayed the incident, saying Turkey had satisfied all protocol requests from the EU side.

Turkish sources said Ankara did not receive any special requests before the meeting regarding the seating arrangement.

It is essential that the guest country's front delegation officials express all their demands regarding the visit in the clearest way, in order to have a successful meeting, they added. 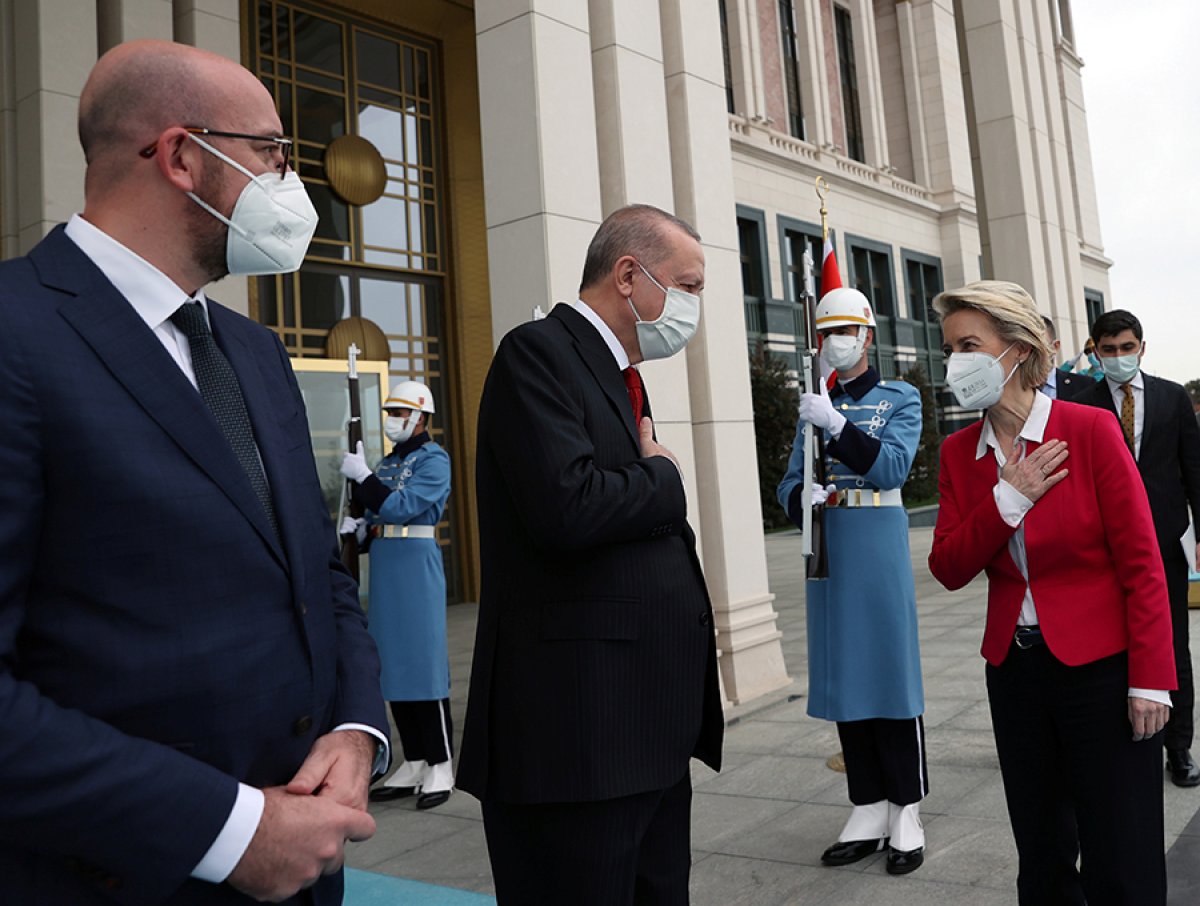 It appears that the head of protocol of the European Council, Kirsi Punkkinen, was misled on the issue, they said, adding Punkkinen and von der Leyen's new diplomatic adviser Fernando Andresen Guimaraes had enough time to correct a possible mistake.

The EU officials claimed that in the dining room, to which they were given access a few moments earlier, they had the size of the three chairs for the VIPs realigned for the benefit of the head of the European Commission.

Turkish authorities drew attention to the fact that the EU side was misled on the issue.

Accordingly, the visiting delegation officials were invited to the working dining room as soon as the meeting started and they were provided with information about the arrangement there.

Before their meeting, Erdoğan asked both von der Leyen and Michel how they would like to have their photos taken, and they decided to take a photo together, it said.

However, the EU Council Press shared a photo of Erdoğan and Michel on Twitter cutting von der Leyen from the photo, it added.