The leader of Turkey's Nationalist Movement Party (MHP) on Tuesday introduced his party's proposal for a new constitution.

"The preparation of our 100-article constitutional proposal, under the name of 'New Constitution with 100 Articles,' has been completed," Devlet Bahçeli told his party's headquarters in the capital Ankara.

Telling that it is "a national duty to come to an agreement and prepare a new constitution," Bahçeli in a news conference at the MHP building said his party has completed its work on the new constitution as well as the written text of the proposal.

In February, President Recep Tayyip Erdogan urged all political parties to participate in drafting a new constitution, with the MHP leader voicing the agreement. 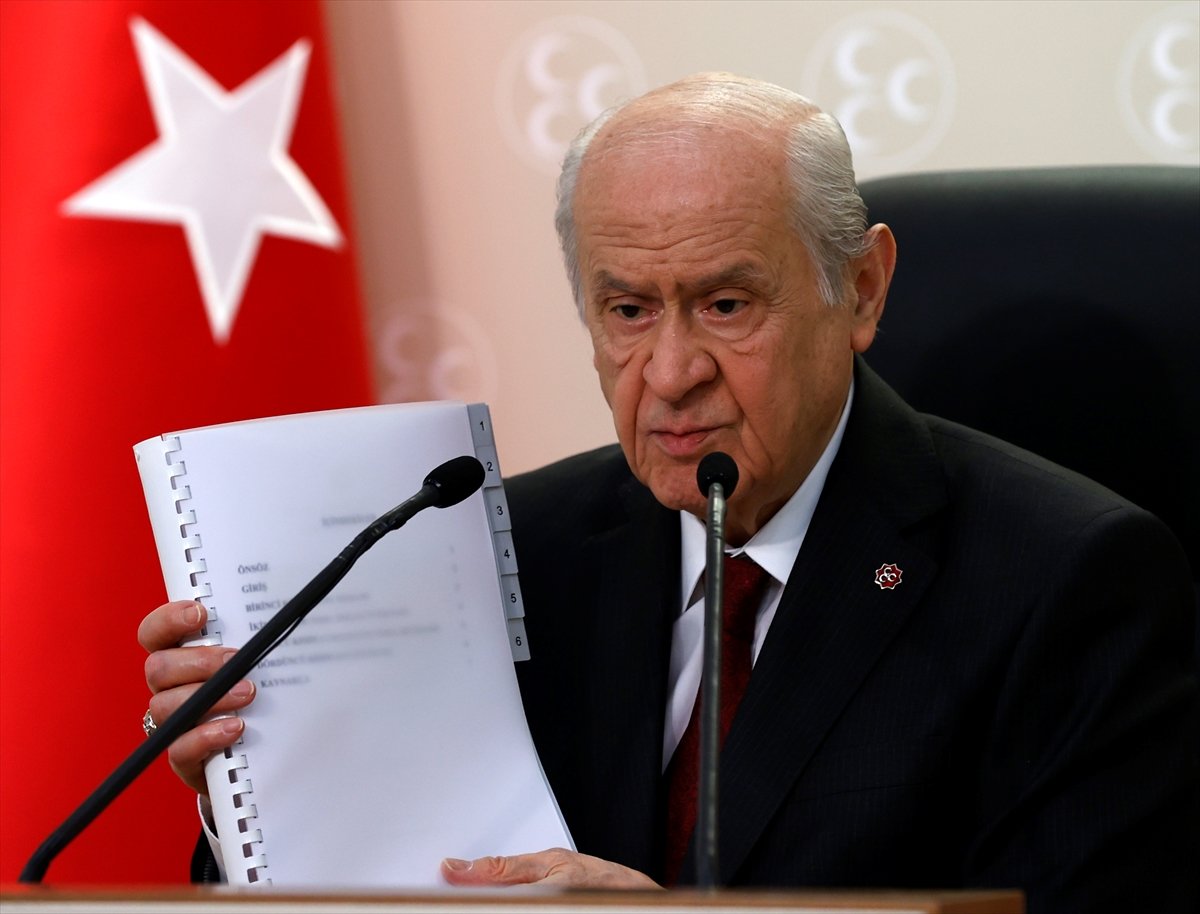 Regarding the new constitution proposal, he said the general principles of the state listed in the first five articles of the current Constitution were preserved with their exact form and qualities in Article 1 of MHP's proposal.

"In the last paragraph of the article, it was stated that 'this article cannot be changed and cannot be proposed to be changed'," he added.

According to the current Constitution, Article 1 is on the form of the state, Article 2 on the characteristics of the Republic, Article 3 on integrity, official language, flag, national anthem, and the capital of the state, and Article 4 is on irrevocable provisions.

Article 5 of Turkey's current Constitution is on the fundamental aims and duties of the state.