Speaking during a visit to Germany’s Lower Saxony state, German Chancellor stated that a Kurdish state in the Iraq region would not serve the peace.

Germany’s Angela Merkel has expressed opposition to the establishment of an independent Kurdish state in Iraq. Merkel also stressed the need to provide fair conditions for the Kurdish people living in the region.

"IT WOULD NOT SERVE THE PEACE"

During a visit to a school in Goslar, Lower Saxony on Wednesday, Merkel said: "I do not think a Kurdish state would serve peace in the region." The Chancellor also called for the greatest possible autonomy for the Kurds and added that the Kurds in Iraq must be in fair conditions. 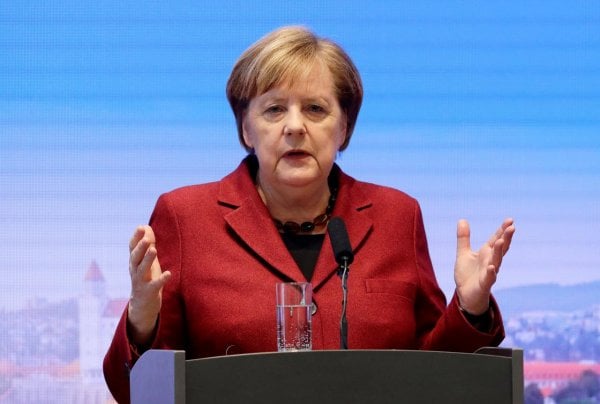 German government earlier had opposed the referendum on the separation of the Kurdish region of Iraq from Baghdadi government in 2017.