By their new treaty, Germany and France intend to contribute to the creation of a European army, German Chancellor Angela Merkel said Tuesday at the signing ceremony in Germany's Aachen.

The treaty will reportedly strengthen the existing ties between Germany and France, in particular, in the fields of economic, foreign and security policy, education and culture, research and technologies, climate and environment, as well as cooperation between border regions and civil societies.

The new Franco-German treaty is intended as a step towards a European army, German Chancellor Angela Merkel has stated during a press conference with French President Emmanuel Macron. 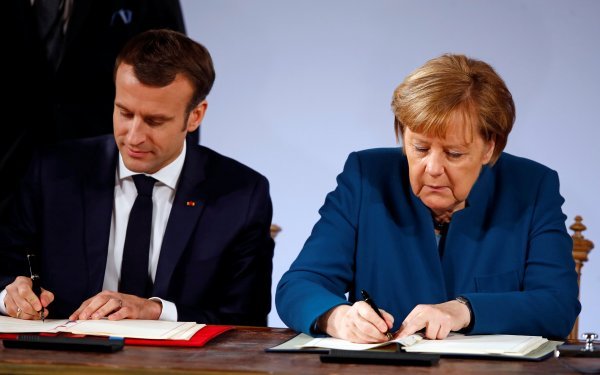 "We assume the commitment to develop a common military culture, common defence industry, a common line for arms exports. Thus, we want to contribute to the formation of a European army", Merkel said. She said Germany and France would assist each other, including militarily, in the event of an armed attack on their territories.

The two leaders are meeting on 22 January to sign a treaty on further boosting Franco-German cooperation. 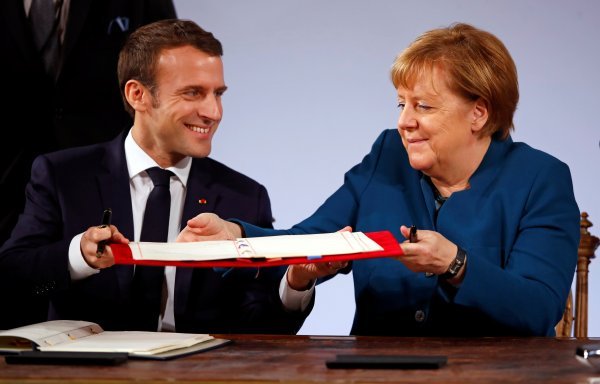 The new agreement has been developed on the basis of the 1963 Elysee Treaty, which greatly contributed to the historic reconciliation between France and Germany. The purpose of the new treaty is to enhance cooperation between the two states and prepare for the challenges they face in the 21st century, according to the Elysee Palace.