Merkel is too ‘qualified’ to be lost as EU leader

German Chancellor Angela Merkel will bid farewell to her office in Berlin in 2021.

European Commission President Jean-Claude Juncker has revealed his belief that Angela Merkel, after finishing her term as Germany’s chancellor, will take on a role at the EU level.

"SHE IS AN ARTWORK"

Angela Merkel would be "highly qualified" for a senior EU position once she steps down as chancellor, Juncker said. In an interview with the German Funke Media Group, Juncker stressed that he could not imagine Merkel disappearing without a trace as a politician. 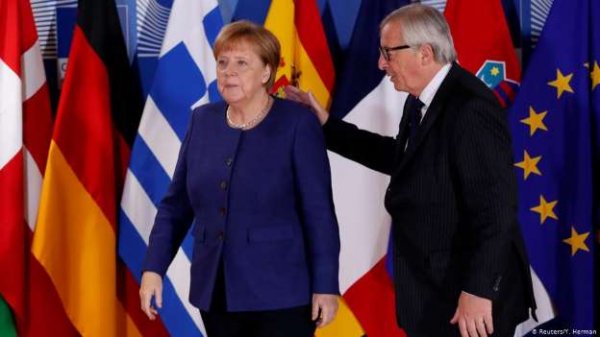 "She is not only a person of respect, but also a complete and endearing work of art," Juncker said.

Merkel steered the bloc through a period of economic crisis and political turbulence after becoming chancellor in 2005, earning her the reputation of being Europe's most powerful leader.