Maduro breaks diplomatic relations with US

Venezuelan President Maduro said he was breaking diplomatic relations with the US, after the Trump administration recognized opposition leader Juan Guaido as the South American country’s president.

Speaking to supporters outside the Miraflores presidential palace in Caracas, socialist leader Maduro said he would give US diplomatic personnel 72 hours to leave Venezuela, which is suffering from a hyperinflationary economic collapse.

On Wednesday, Venezuelan opposition leader Juan Guaido declared himself interim president on Wednesday, winning the backing of Washington and many Latin American nations and prompting socialist Nicolas Maduro, who has led the oil-rich nation since 2013, to break relations with the United States. 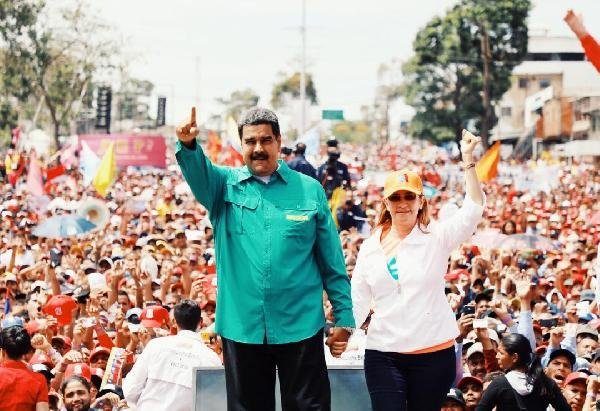 US President Donald Trump formally recognized Guaido shortly after his announcement and praised his plan to hold elections.

That was swiftly followed by similar statements from Canada and a slew of right-leaning Latin American governments, including Venezuela’s neighbors Brazil and Colombia.