Speaking to the reporters ahead of the EU Foreign Affairs and General Affairs Council meetings in Luxembourg, Minister of Foreign and European Affairs of Luxembourg Jean Asselborn issued statements over Turkey’s Operation Peace Spring in Syria.

"WE ARE NOT ABLE TO STOP TURKEY"

"Turkey is a member of NATO, but in the morning of today there is a coalition of Kurds and the President of Syria," he said upon arrival at a meeting of the EU Council at the level of the foreign ministers. 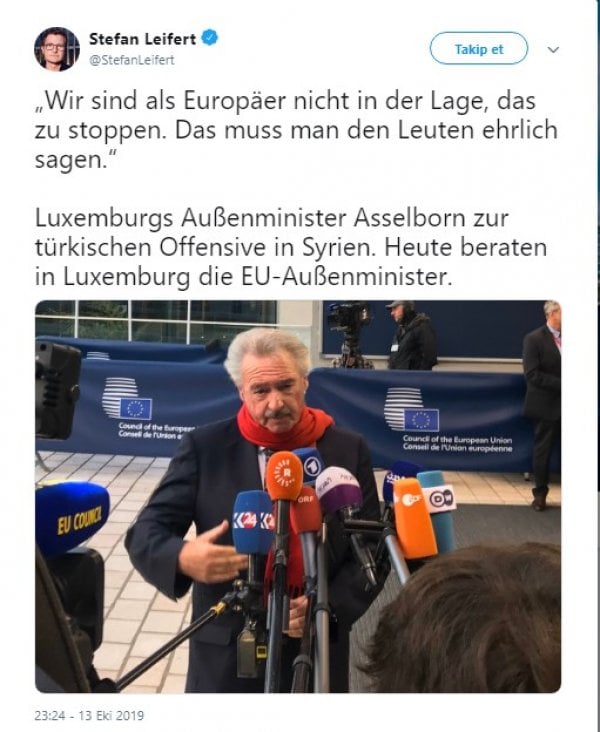 "We, Europeans, are not able to stop that. You have to be honest with people." said Asselborn.