UK PM Boris Johnson has rejected calls from some political opponents to resign but opposition Labour Party leader Jeremy Corbyn said now was not the time for parliament to try and bring him down.

Prime Minister Boris Johnson was flying home on Wednesday as determined as ever to push through Britain’s departure from the European Union but facing reinvigorated opposition to his plans after the Supreme Court ruled he had unlawfully suspended parliament.

JOHNSON INSISTS ON HIS BREXIT PLAN

It is unclear exactly what will happen next in the tortuous Brexit process following the court’s momentous decision, although Johnson can expect a tongue-lashing when parliament sits again on Wednesday morning. 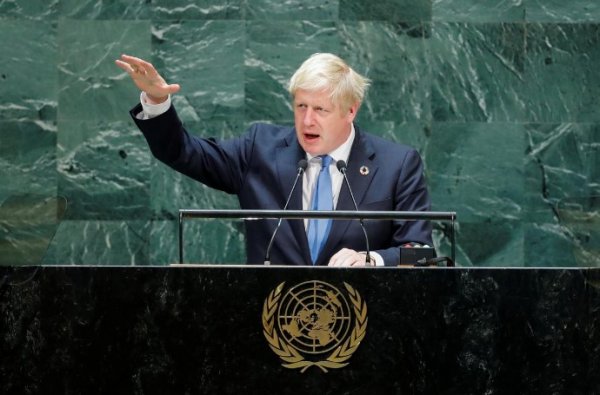 Johnson has insisted he will lead Britain out of the EU on that date with or without an exit agreement, but most members of parliament are equally determined to prevent a so-called "no-deal Brexit" scenario.

The House of Commons, where Johnson has no majority, will reconvene at 11.30 a.m. (1030 GMT) after the Supreme Court ruling on Tuesday that his decision to suspend it for five weeks was unlawful and therefore null and void.