Prime Minister Boris Johnson is sticking to his Brexit plan and will not seek a delay to Britain’s departure from the European Union at a summit next month.

After work and pensions minister Amber Rudd’s quit late on Saturday over his Brexit policy, the ministers said Boris Johnson was determined to “keep to the plan” to leave the EU by Oct. 31 with or without a deal to ease the transition.

Johnson had been accused of acting like a tin pot dictator following reports he plans to shut down parliament from September 11 ahead of a Queen’s Speech on October 14.

But Johnson’s strategy to leave “do or die” by that deadline has been shaken by the events of recent days, which have prompted critics to describe him as the tin pot dictator and deepened uncertainty over how Britain’s 2016 vote to leave the EU will play out. 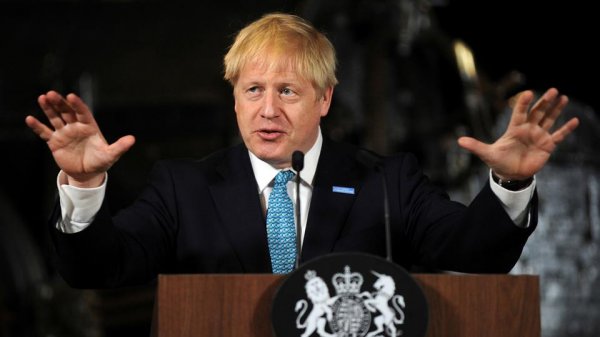 He has lost his Conservative government’s majority in parliament, expelled 21 rebels from the party and failed to force through a new election. Then his own brother quit, saying he was torn between family loyalty and the national interest.

Johnson’s government has promised to get rid of the backstop, an insurance policy to prevent the return of a hard border between the British province of Northern Ireland and EU member Ireland. The EU says the backstop must stand.