A Brexit deal has been agreed between UK and EU negotiating teams before a meeting of European leaders in Brussels.

Negotiators from the UK and EU have reached a Brexit deal ahead of a crucial EU summit on Thursday.

"WE'VE GOT A GREAT DEAL"

According to statement from British Prime Minister Boris Johnson and European Commission President Jean-Claude Junck, UK and EU agreed a new withdrawal deal on Thursday after months of negotiations. 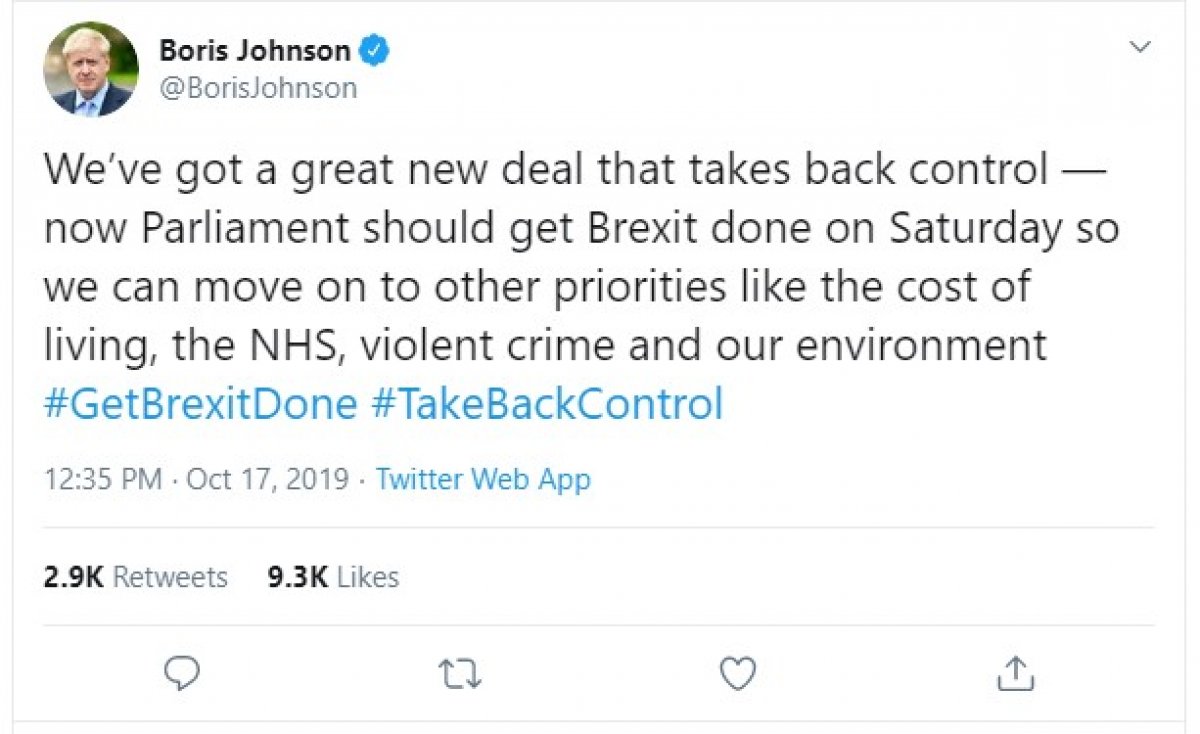 The two sides have been working on the legal text of a deal, but it will still need the approval of both the UK and European parliaments.