Matteo Salvini stated that the ruling majority no longer exists as the collapse of coalition government appears imminent.

Tensions within the coalition of Salvini’s right-wing League party and the populist 5-Star Movement (M5S) have been high over a infrastructure project involving a high-speed rail link with France.

DIVISIONS WITHIN THE COALITION

M5S presented a motion to kill the project, but it was rejected by the Senate with votes from League party lawmakers. The two parties blamed each other for the deep divisions within the coalition, prompting Salvini to call for new elections. He then met with Prime Minister Giuseppe Conte for more than an hour. 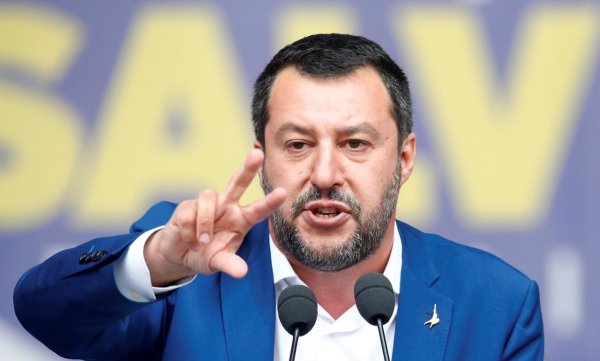 In a statement after the meeting, Salvini said he had informed Conte that the government had lost its majority in parliament. "Let's give the say back to the voters," Salvini said in the statement.