Iran’s nuclear chief said on Sunday the European parties to the 2015 nuclear deal have failed to fulfill their commitments under the pact.

The nuclear deal curbed Iran’s disputed nuclear program in exchange for relief from sanctions, but has unraveled since the United States withdrew last year and acted to strangle Iran’s oil exports to push it into a broader security agreement.

France, Germany and Britain have tried to launch a barter trade mechanism with Iran protecting it from US sanctions but have struggled to get it off the ground, and Tehran on Wednesday set a 60-day deadline for effective European action.

"Unfortunately the European parties have failed to fulfill their commitments... The deal is not a one-way street and Iran will act accordingly as we have done so far by gradually downgrading our commitments," said Ali Akbar Salehi, director of Iran’s nuclear energy agency. 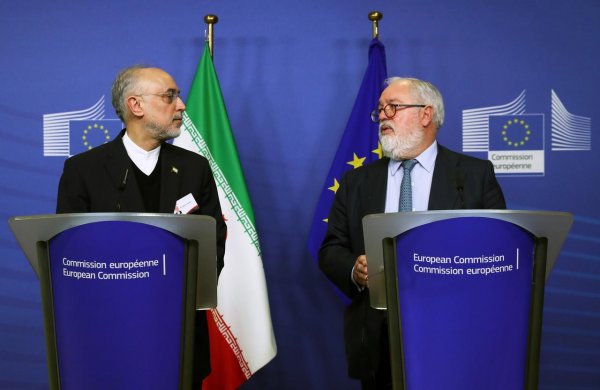 "Iran will continue to reduce its nuclear commitments as long as the other parties fail to carry out their commitments," Salehi said, speaking after meeting the acting head of the UN nuclear watchdog (IAEA), Cornel Feruta, in Tehran on Sunday.