President Erdoğan stated that the summit was fruitful and led to important decisions towards a political solution in war-torn Syria.

The rising tension in Syria’s northwestern province of Idlib is one of the main topics President Recep Tayyip Erdogan said in the capital Ankara on Monday. He said the attacks took casualties of almost 1,000 civilians and pushed hundreds of thousands of people to seek shelter in other countries.

"WE NEED TO FOCUS ON THE SAFE RETURN OF THE REFUGEES"

Saying Ankara cannot ignore “a new tragedy” affecting 4 million people near its border, Erdogan said such a development would affect not only Turkey but all of Europe. "We stressed need for concrete measures to ensure the safety of civilians and military personnel of guarantor countries in the field,” Erdoğan added. 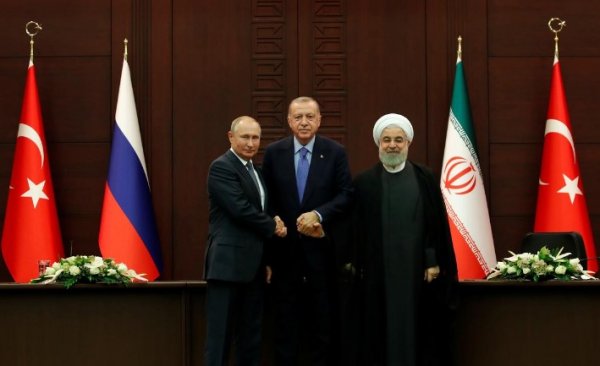 He said the leaders also discussed ongoing efforts for the establishment of calm in the field, providing conditions needed for the return of the refugees, and finding a lasting solution to the conflict in Syria. 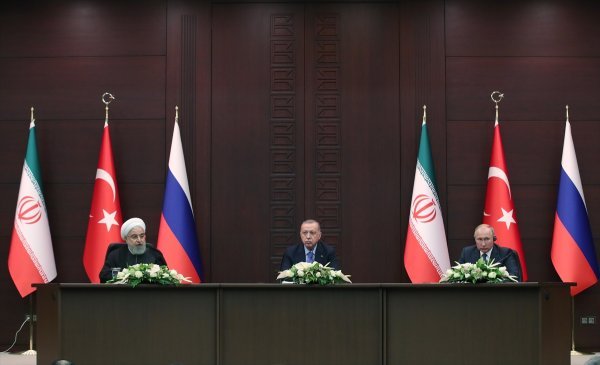 He said the countries need to focus on the safe and voluntary return of Syrians to their homeland. “A peace corridor east of the Euphrates will be a protected port for the refugees. We believe that we can resettle at least 2 million Syrian brothers and sisters, who took refuge in our country, in this region,” Erdoğan said. 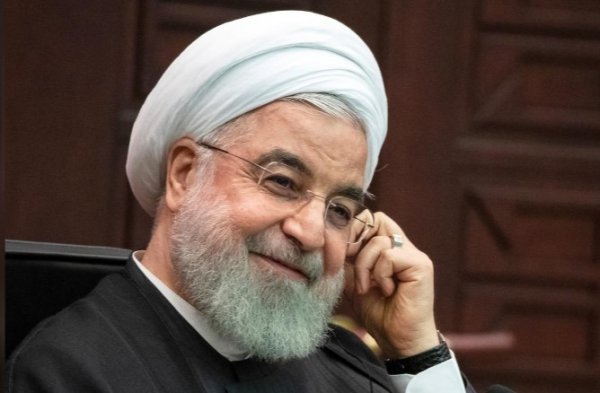 For his part, Rouhani stressed that Iran, Turkey, and Russia have a common view on Syria's territorial integrity and unitary structure. "We are all against foreign intervention in Syria.

Russian President Putin Putinsaid that diplomats meticulously drew up the constitutional committee list, and did the procedural work, adding that the list was approved. Peace in Syria is only possible through political dialogue in the country, he said. 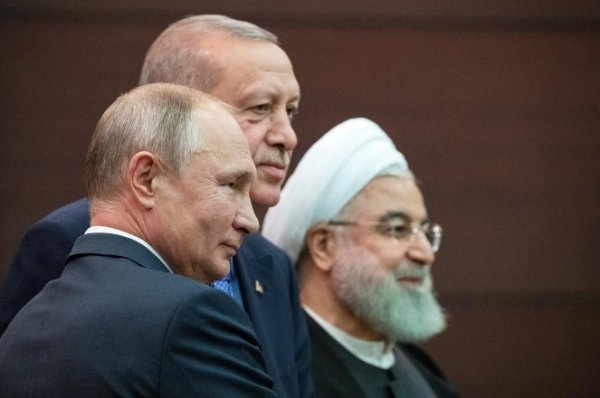 Putin also agreed with Turkey's Erdogan and Iran's Rouhani to take steps to reduce the tension in Syria's Idlib. 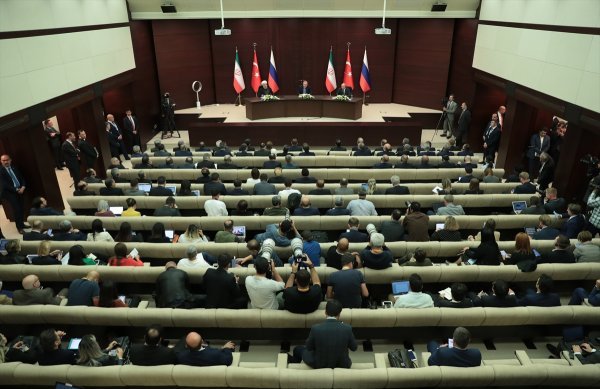