If I weren’t president, you’d be at war with N.Korea, says Trump

Trump is the first US president to meet a North Korean state leader.

The US is not considering sanctions on North Korea, President Donald Trump said Monday in a sit-down with South Korean President Moon Jae-in.

TRUMP IS THE FIRST PRESIDENT MET A KOREAN LEADER

The US and North Korea have not met since the second summit between Trump and North Korean leader Kim Jong Un in Hanoi, Vietnam ended abruptly in February.  In April, both leaders said they were willing to hold a third summit. 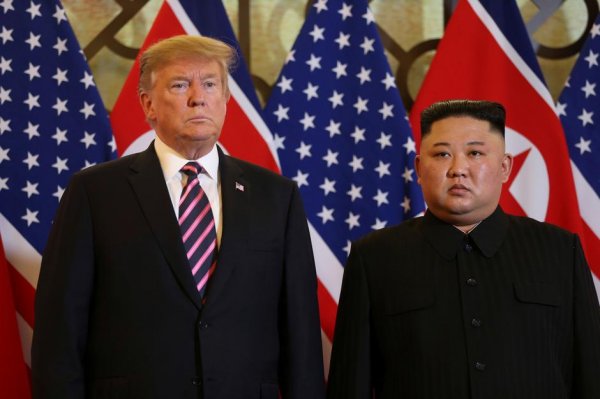 The first summit was held in June 2018 in Singapore.

"I will say this: If I weren’t President, you’d be at war with North Korea," said Trump. "We’ll see what happens. Maybe we’ll be able to make a deal."

The White House also said in a statement that Trump spoke about his relationship with Kim during the meeting with South Korea’s leader.