Ioannis Lagos is one of the most prominent figures of Golden Dawn, a far-right racist political party in Greece.

For using an insulting language and tearing apart a national symbol, Lagos will lose seven days of his daily allowance and his parliamentary activities will be suspended for four consecutive days starting on Feb. 11. The financial penalty totals €2,261 ($2,469).

HE TORE TURKISH FLAG INTO PIECES

The incident happened during the last plenary session in January when EU lawmakers were debating the humanitarian situation on the Greek islands. Lagos accused the EU of ignoring the rights of Greeks and described a dramatic situation in Greece. 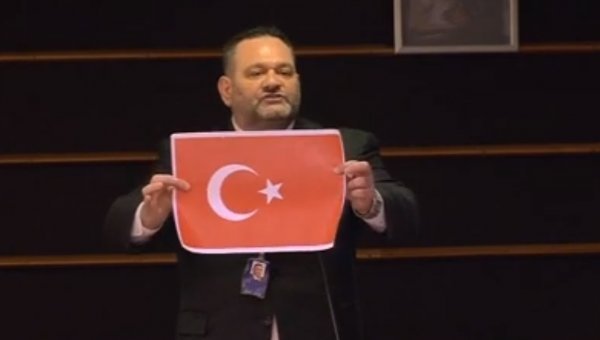 The Greek MEP blamed Turkey for the “stream of migrants coming into” his country and “getting away with whatever it likes.” He then tore into pieces a Turkish flag made of paper, and said: “Let’s put an end to this.”

In a swift response, the chair of the session called for restraint, adding that such behavior was not acceptable. 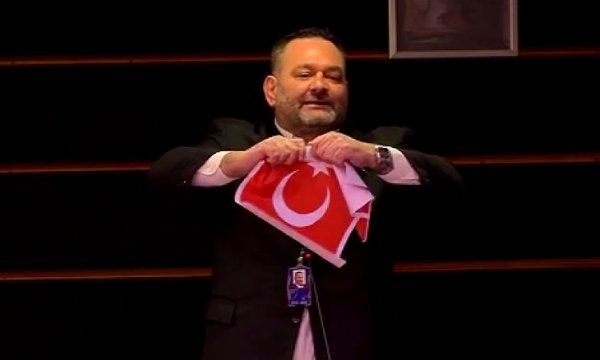 Sassoli started a sanction procedure against Lagos the following day.

Last October, Italian MEP Angelo Ciocca was suspended from five days of activities and deprived of 10 days of daily allowance after throwing a box of Turkish delight during a debate over Turkey’s counter-terrorism Operation Peace Spring in northern Syria.