Greece’s Mitsotakis plans to send migrants back to Turkey

Greek Prime Minister said that irregular migrants who cannot get right of asylum should return to Turkey.

Greek Prime Minister Kyriakos Mitsotakis said Wednesday that irregular migrants who have the right of asylum can remain in Greece but those who cannot obtain it should return to Turkey, according to a deal between Ankara and the European Union.

"GREECE WILL CHANGE ITS NATIONAL POLICIES"

Speaking to French daily Le Figaro in advance of his meeting with French President Emmanuel Macron, Mitsotakis said Greece will change its national policies on requesting asylum and speed up the decision-making process. 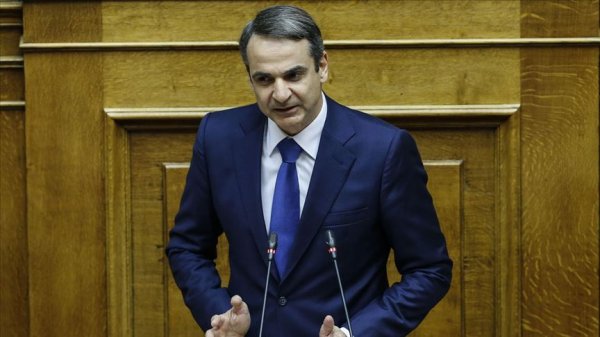 Stressing Turkey's importance as a neighbor and NATO ally, Mitsotakis said Greece is eager to work with Turkish President Recep Tayyip Erdoğan to resolve issues such as migration. "A common policy on asylum in the European Union needs to be pursued," he added.

Turkey and the European Union signed a refugee deal in March 2016 which aimed to discourage irregular migration through the Aegean Sea by taking stricter measures against human traffickers and improving the conditions of nearly three million Syrian refugees in Turkey.