Trump 'has done a tremendous job in supporting a lot of the things that people of faith really care about'.

"I think God calls all of us to fill different roles at different times and I think that he wanted Donald Trump to become president, and that's why he's there," Sanders told the Christian Broadcasting Network. "I think he has done a tremendous job in supporting a lot of the things that people of faith really care about," she added.

Trump has long touted his Christian faith and Evangelicals are a large voting bloc for the president. 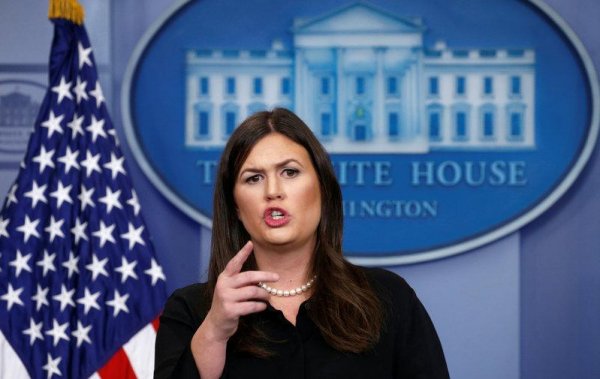 Sanders also commented on the US withdrawal of troops in Syria, saying the move would not hurt Christians there. "The President's made clear that we support Christians, that we support the Kurds," she said. “Trump has made that clear to Turkey," she added.

In December, Trump abruptly announced plans to withdraw all 2,000 American troops from the war-weary country, saying the US-led coalition had succeeded in militarily defeating the Daesh terrorist group.