Theresa May has agreed a revised Brexit deal in last-ditch talks with European Commission President Jean-Claude Juncker, as she seeks to avoid a crushing Commons defeat.

European Commission head Jean-Claude Juncker said on Monday he agreed an updated Brexit deal with British Prime Minister Theresa May to make the agreement more palatable to UK lawmakers but warned they would not get a third chance to endorse it.

"THERE WILL BE NO THIRD CHANCE"

At a joint news conference with May in the seat of the European Parliament in Strasbourg, Juncker said the amended deal provided “meaningful clarifications and legal guarantees” before votes in the House of Commons on Tuesday.

“There will be no third chance. There will be no further interpretations of the interpretations, no further assurances of the re-assurances – if the meaningful vote tomorrow fails,” Juncker said. He said that the choice for the British parliament, which has already turned the deal down in January, was either accepting it or risking that Brexit may never happen at all. 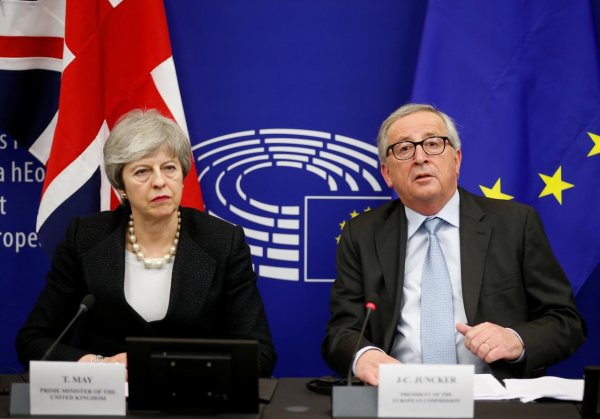 “Our agreement provides meaningful clarifications and legal guarantees to the Withdrawal Agreement and backstop,” Juncker told a midnight news conference with May in Strasbourg. “The choice is clear: it is this deal, or Brexit may not happen at all. Let’s bring the UK’s withdrawal to an orderly end. We owe it to history.” 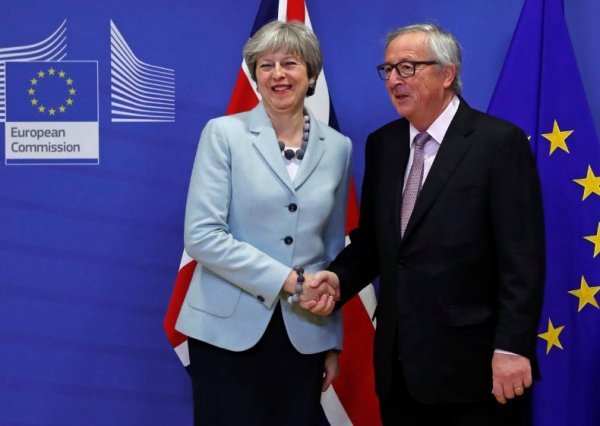 The British parliament wanted assurances that the country would not be forever locked in an arrangement to avoid extensive Irish border checks, the so-called Irish backstop.

“It is in this cooperative spirit today that Theresa May and I agreed on a joint legally binding instrument relating to Withdrawal Agreement. The instrument provides meaningful clarifications and legal guarantees on the nature of the backstop,” Juncker said.