EU should take 'concrete steps' on relations with Turkey: President

The Turkish president on Wednesday urged countries of the European Union to take “concrete steps” to develop ties with Turkey, a candidate for EU membership, and also to take a strategic approach on relations with Turkey.

“We as Turkey have displayed our principled attitude and efforts in favor of dialogue and diplomacy with the aim of implementing a positive agenda,” Erdoğan told a joint press conference with Spanish Prime Minister Pedro Sanchez, who is in Turkey for an official visit.

“Henceforth, the European Union should approach its relations with our country from a strategic perspective, and take concrete steps,” he added. 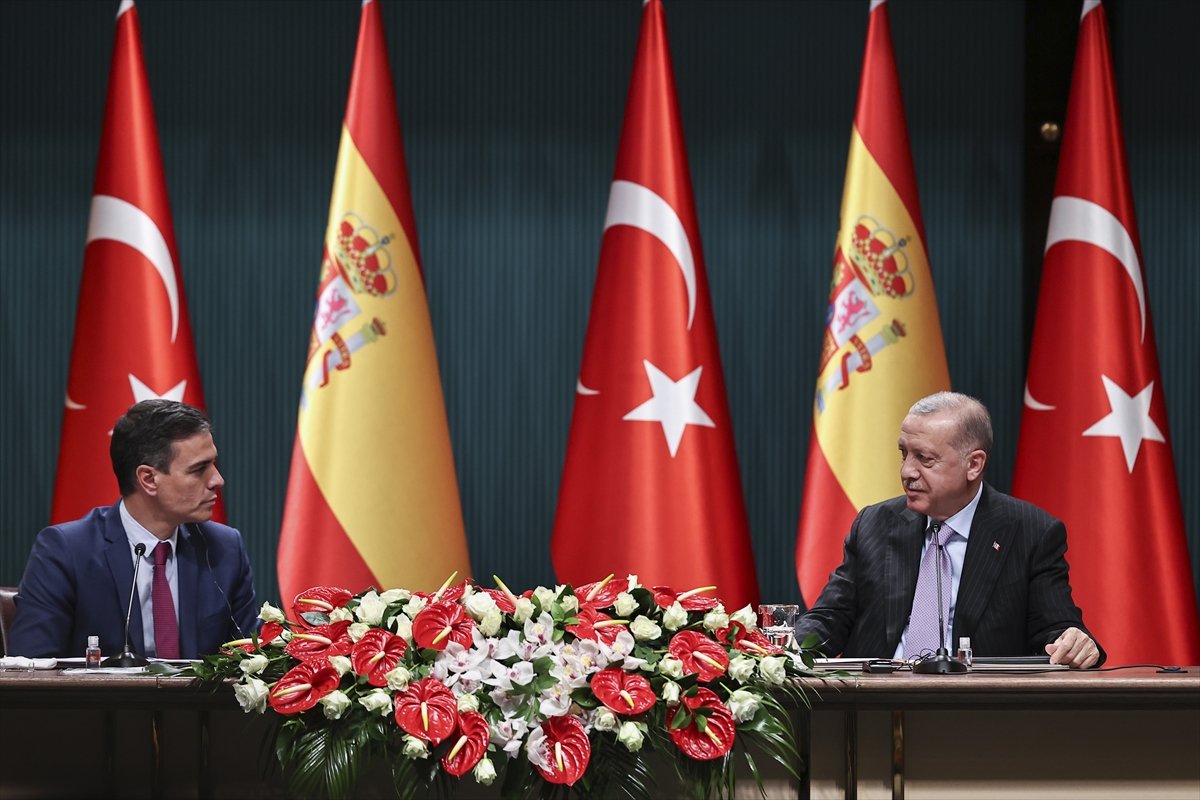 Turkey has been an EU candidate country since 1999, and its accession talks began in 2005, but in recent years its candidacy has been essentially frozen.

“The petty calculations of a few member states should not be allowed to weaken EU and NATO-EU relations,” Erdoğan stressed.

He did not name any member states in particular, but in recent years Turkey has accused both Greece and Greek Cypriot administration of blocking Turkey’s EU bid for political reasons, and of weakening NATO by forming “alliances within the alliance.” 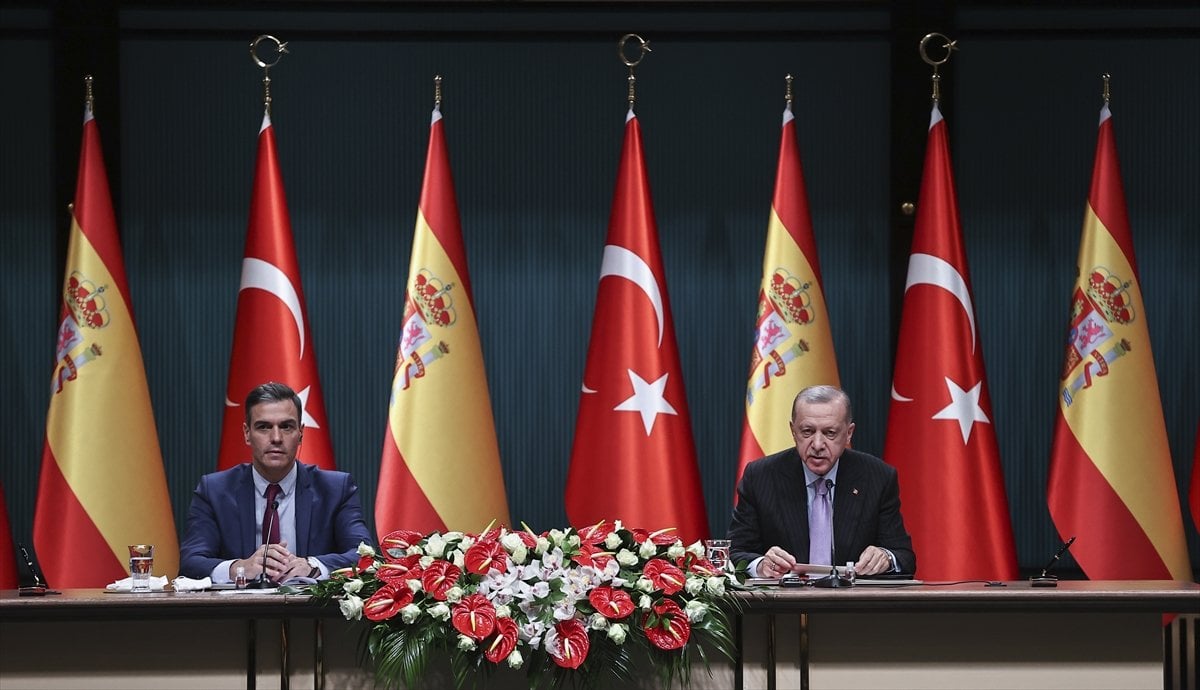 Recent statements by Spain’s BBVA bank are a concrete indication of the trust in Turkey, Erdoğan said, referring to the bank’s bid to buy a majority share in Turkish lender Garanti BBVA. 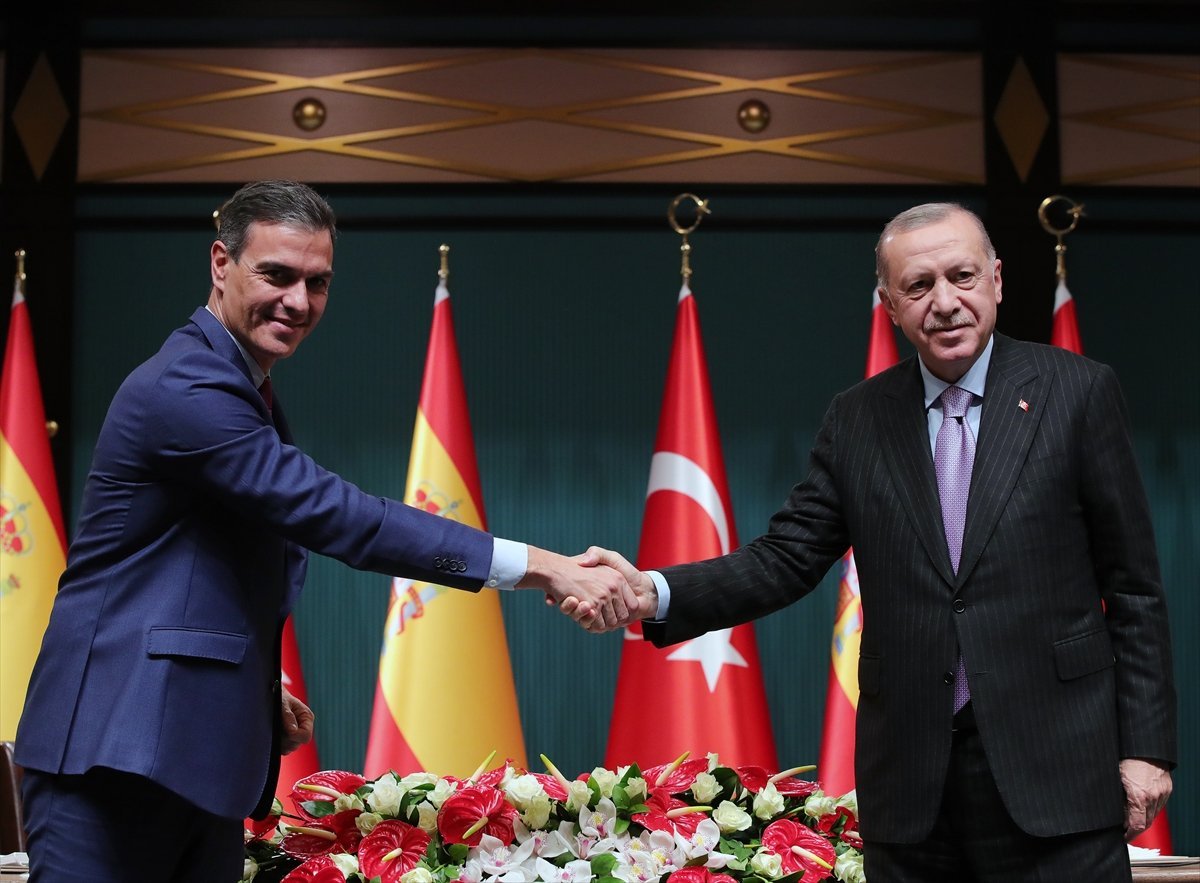 The first meeting of the Turkey-Spain Intergovernmental Summit was held in Istanbul in 2009, and the last summit between the two countries was held in Madrid in 2018.

The countries have traditionally enjoyed good relations, and have worked together as co-chairs of the UN Alliance of Civilizations initiative.