Ursula von der Leyen, the front runner candidate of the commissioner race, will be the first woman to serve as EU president.

The European Parliament will vote on Tuesday for German Defense Minister Ursula von der Leyen, the candidate for the top job of the European Commission.

If elected, von der Leyen will be the first woman to serve as the president of the Commission.

VOTING WILL BE A SECRET PAPER BALLOT

To become the president, she must secure the support of an absolute majority of the Members in the European Parliament (at least 374 votes). The vote will be a secret paper ballot. If von der Leyen fails to win a majority, the European Council will come up with a new candidate in one month. 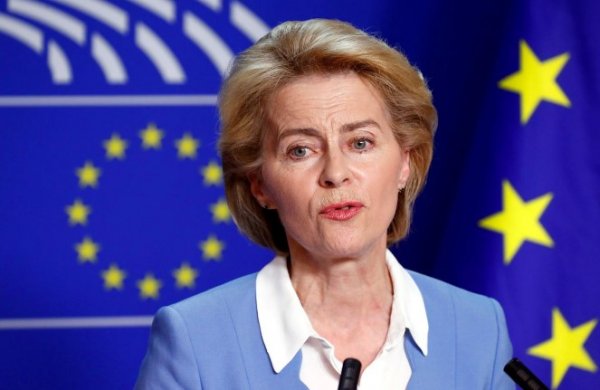 "Almost 40 years ago to the day, #SimoneVeil became the first female President of the @Europarl_EN. If Europe were a woman, then Europe would be Simone Veil. What can we do today to ensure that we can live out her vision of a united & peaceful Europe in the future? #EuropeIsAWoman," she tweeted on Tuesday.