As head of the EU executive, von der Leyen will be in charge of trade negotiations, economic and climate policy for 500 million Europeans and antitrust rulings involving powerful tech giants.

The German conservative got the thumbs up from socialist and liberal lawmakers which, together with the endorsement by her fellow conservatives, gives her a stronger mandate to tackle issues such as climate change, trade and maintaining democracy in the European Union.

"I WANT A WELL-BALANCED TEAM"

Rejection by the EU legislature would have been a painful blow for a bloc beset by challenges ranging from trade to Brexit and erosion of democratic norms, and a headache for EU leaders who would have had to come up with another candidate in a month.

She secured 383 votes to 327 against, said David Sassoli, speaker of the assembly. The threshold was 374. 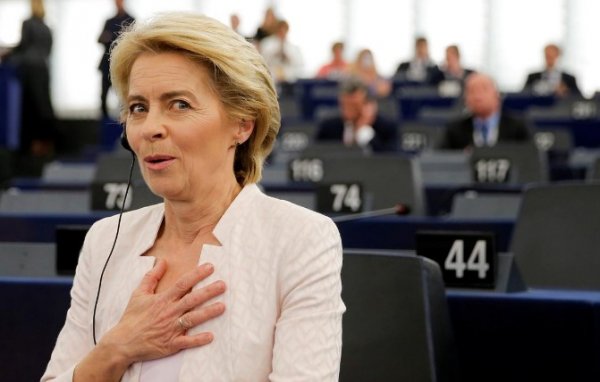 "The trust you placed in me is confidence you placed in Europe. Your confidence in a united and strong Europe, from east to west, from south to north," said the German conservative, who earlier this week resigned as Berlin’s defense minister. "It’s a big responsibility and my work starts now." 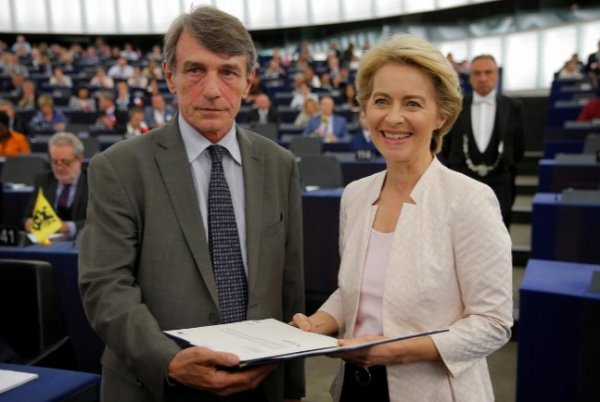 "Let us work together constructively because the endeavor is a united and strong Europe," added von der Leyen, who will take up her new role on November 1.

The German politician, who has said she is open to giving more time to Britain to negotiate its exit from the bloc, said she would work "in a constructive way" with any new British prime minister.