The EU had condemned Trump’s decision in 2017 to recognize Jerusalem as Israel’s capital, saying Washington had compromised its position as a mediator for peace.

The European Union rejected parts of the new US peace plan for the Middle East on Tuesday, saying the plan broke with “internationally agreed parameters”, and any Israeli annexation of Palestinian land would be subject to challenge.

"THE PLAN DEPARTS FROM INTERNATIONAL PARAMETERS"

It made its conclusions public on Tuesday in a statement from EU foreign policy chief Josep Borrell.

“To build a just and lasting peace, the unresolved final status issues must be decided through direct negotiations between both parties,” Borrell said, noting the issues of the borders of a Palestinian state and the final status of Jerusalem were among those still in dispute. 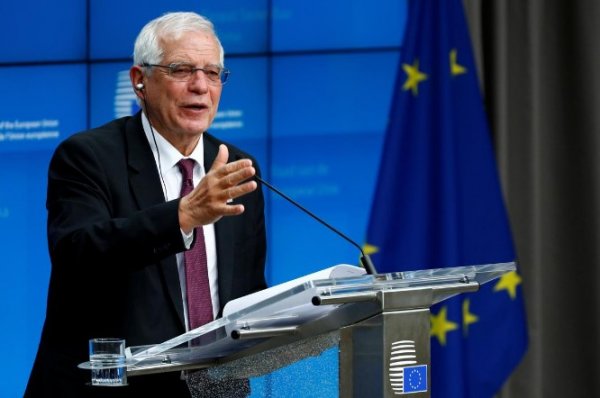 “The US initiative, as presented on 28 January, departs from these internationally agreed parameters,” Borrell said. Steps by Israel to annex Palestinian territory, “if implemented, could not pass unchallenged,” Borrell said.