At the forum, Turkish President Recep Tayyip Erdoğan said trade between the two countries rose 10.2 percent last year to $4.8 billion, adding that the Turkish contracting sector has also signed 184 projects worth a total of $6.3 billion in Ukraine.

Erdoğan and his Ukrainian counterpart Volodymyr Zelensky spoke about current and future cooperation in the trade, economic, and investment sectors, stressing the goal to boost bilateral trade to $10 billion. 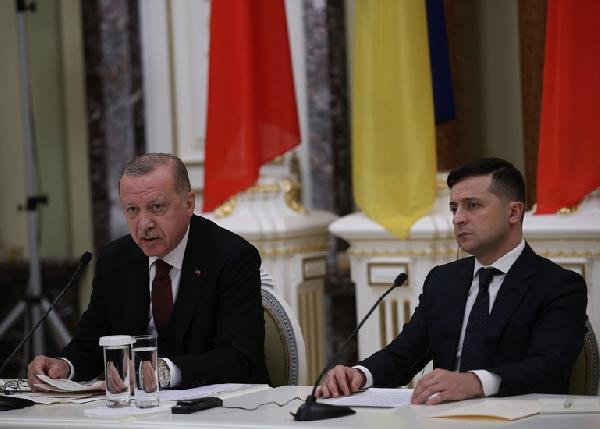 He said that 1.55 million Ukrainian tourists traveled to Turkey after visa obligations were lifted, up 12 percent from the previous year.

Erdogan also said they will work on developing partnership to strengthen strategic sectors such as the defense industry, technology, communication infrastructure, and telecommunications.