The Turkish president said he would continue telephone diplomacy with his Russian counterpart to resolve the tension over Ukraine.

Turkey hopes that its Black Sea neighbors Russia and Ukraine return to the negotiating table as soon as possible to seek a solution, said the Turkish president on Wednesday.

Speaking to journalists on the presidential plane returning from Africa, cutting short his official visits due to the Ukraine crisis, Recep Tayyip Erdoğan said he will continue telephone diplomacy with Russian President Vladimir Putin and hopefully make progress in resolving the tension over Ukraine.

'OUR COUNTRY'S INTERESTS ARE VERY HIGH'

“We have the same political, military and economic relations with Ukraine. So we cannot give up on them, because our country’s interests here are very high,” he said.

“On the other hand, with Russia, we cannot give up on it either, because we have a really advanced relationship at the moment. Our aim is to take such steps that we can resolve this issue without giving up on any of them.”

Erdoğan said no world leader has held a serious meeting with Russia regarding the issue, recalling with the meetings of French President Emmanuel Macron and German Chancellor Olaf Scholz with Putin, and the possible meeting of US President Joe Biden with the Russian leader.

Regarding the NATO leaders’ online meeting on Wednesday, Erdoğan said the military alliance must now determine its stance about the Ukraine crisis.

'NO ONE IS TAKING ACTION'

“As you know, we have not faced a serious situation like sending troops to Ukraine so far. Everyone is just talking, no one is taking action,” he said.

“Russia has now built up a significant number of soldiers on the border. Of course, you do not need to be a prophet to predict what the result might be in the face of this picture,” Erdoğan added.

The Turkish leader also said that he will hold a meeting with Putin after the NATO summit. 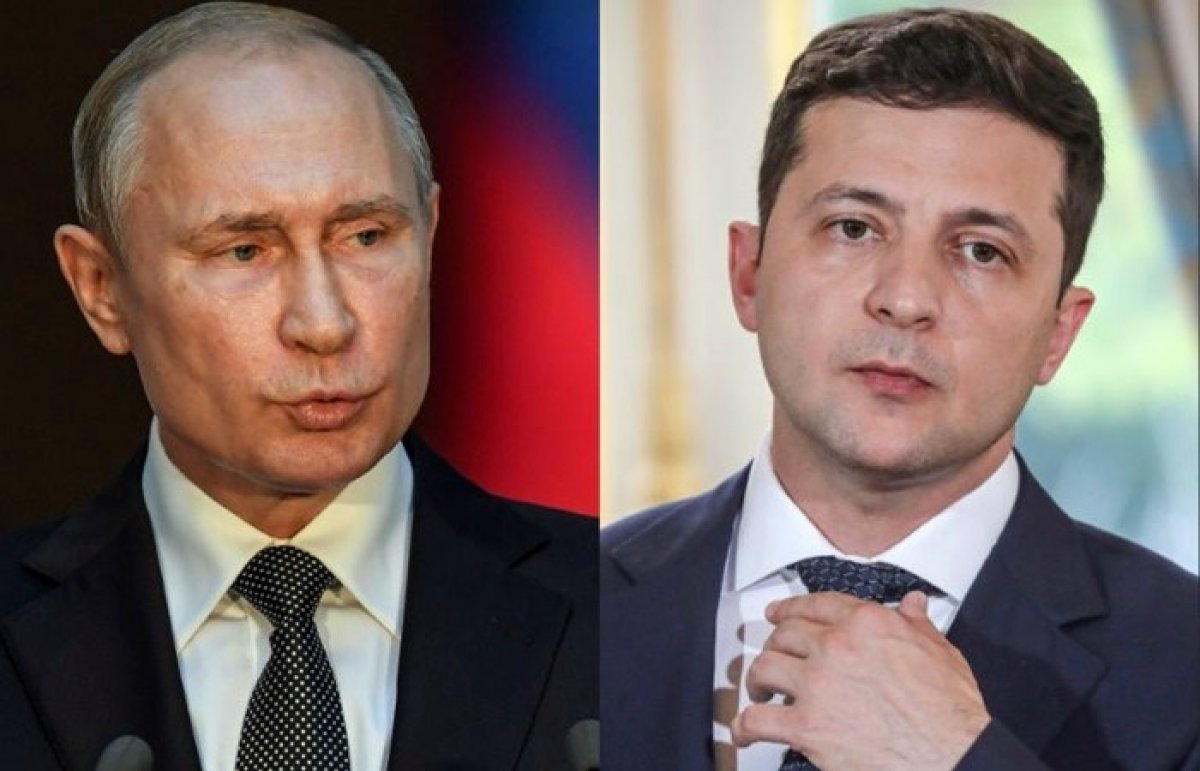 In 2014, after invading Ukraine’s Crimean Peninsula, Moscow began to support separatist forces in eastern Ukraine against the central government, a policy that it has maintained for the past seven years. The conflict has taken more than 13,000 lives, according to the UN.

Putin’s latest moves follow Russia amassing some 100,000 troops and heavy equipment in and around its neighbor, with the US and Western countries accusing it of setting the stage for an invasion.

Russia has denied it is preparing an invasion and instead claims Western countries undermined its security through NATO’s expansion towards its borders.