President Recep Tayyip Erdoğan says Turkey ready to do its part to reach the desired level of bilateral ties with Iran.

"We must stop the US sanction decision on Iran from impeding us to reach our targets," Erdoğan said at the Turkey-Iran Business Forum in the Turkish capital Ankara. He said Turkey is ready to do its part to reach the desired level of bilateral ties with Iran. "No one should expect us to end economic and trade relations with Iran due to the sanctions," the Turkish president added.

Erdoğan said he believes the sanctions on Iran could be transformed into an opportunity for both countries to enhance their bilateral relations.

"THIS EMBARGO IS CRUEL AND UNJUST"

In August, the US re-imposed the first round of sanctions that mainly targeted Iran’s banking sector. The second phase of sanctions -- targeting Iran’s energy sector -- came into effect on Nov. 5, although Washington granted a 180-day reprieve to the eight largest buyers of Iranian oil, including Turkey. 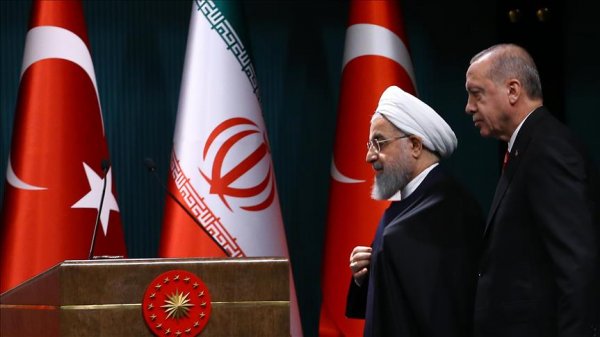 "This embargo can be both a threat and damage. It can both decrease our trade volume and limit our relations. However, we can make a good plan and transform these threats into opportunities," Rouhani said. He said the economic potentials between the countries are "more than ever".

Rouhani invited Turkish businessmen to invest in his country in the field of energy.  "We are ready to allocate all necessary substances, ports, regions and facilities to the investors if Turkish investors want to invest in any area in Iran to build a refinery and to operate in the field of petrochemicals," he said.