Three presidents will discuss the long-term settlement of the Syrian crisis in the Russian coastal city of Sochi.

Russian, Turkish and Iranian presidents will meet Thursday in Russia's coastal city of Sochi for a summit on Syria.

According to a Turkish Presidency statement on Wednesday, President Recep Tayyip Erdoğan will depart for Russia from Turkey on Thursday to attend the fourth trilateral summit on Syria. Russia’s Vladimir Putin and Iran’s Hassan Rouhani will also attend the summit, the statement added. 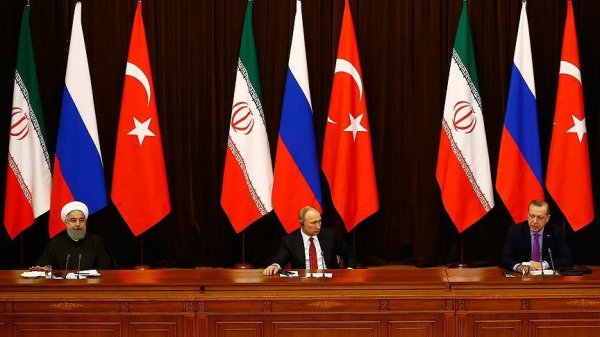 “The joint efforts, conducted on the ground and within the political process by the Astana Platform in order to find a lasting solution to the Syrian conflict, will be reviewed at the summit,” it read. "Erdoğan will address regional issues and bilateral relations during his bilateral meetings with Russian and Iranian counterparts," it said.

US WITHDRAWAL IS ON THE AGENDA

Syria has been locked in a vicious civil war since early 2011, when the Assad regime cracked down on protesters with unexpected ferocity. Since then, hundreds of thousands of people are believed to have been killed and millions more displaced by the conflict. First met in Sochi in 2017, the three leaders are expected to concentrate on the long-term settlement of the Syrian crisis at the fourth meeting slated for Thursday. They will also discuss the increased violence in Syria's northwestern Idlib, US withdrawal from Syria, and the ongoing efforts to form a Syrian constitutional committee. 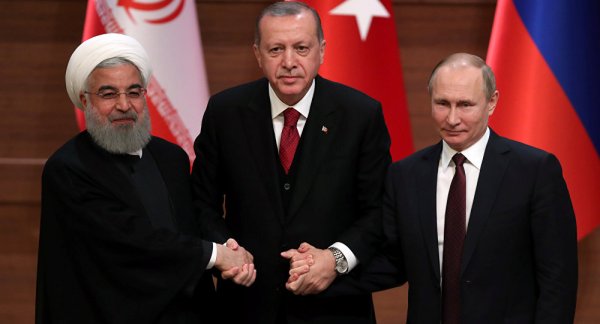 Turkey and Russia, together with Iran, are the guarantor countries which brokered a cease-fire in Syria in December 2016, leading to the Astana talks, which are running parallel to the Geneva talks. The last trilateral summit was held in Iranian capital Tehran with a focus on the latest situation in the de-escalation zone in Idlib. It wrapped up with the call on a cease-fire in Idlib. After a Sochi meeting between Erdoğan and Putin last September, the two sides agreed to set up a demilitarized zone -- in which acts of aggression are expressly prohibited -- in Idlib. 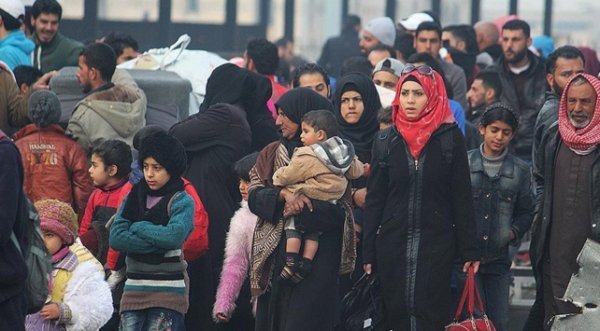 The following month saw all heavy weapons withdrawn from the de-escalation zone by Syrian opposition and anti-regime groups. Nevertheless, according to the White Helmets, at least 30 people in Idlib were killed in January, including women and children, while another 180 were injured -- in Idlib, Hama and Latakia -- by regime drone attacks and artillery fire.