Turkey is "the most generous country" with humanitarian aid, hosting 5 million displaced people fleeing conflict, starvation, persecution -- more than the population of 29 US states, Erdoğan said.

A peace corridor on Turkey's Syria border will enable the resettlement of 3 million Syrians from Turkey, Europe and other countries if it is extended to the Deir ez zor-Raqqa line, Turkish President Recep Tayyip Erdogan said Tuesday.

Addressing the UN General Assembly in New York, Erdogan said "efficient functioning" of the Constitutional Committee is "critical for political and territorial unity of Syria". 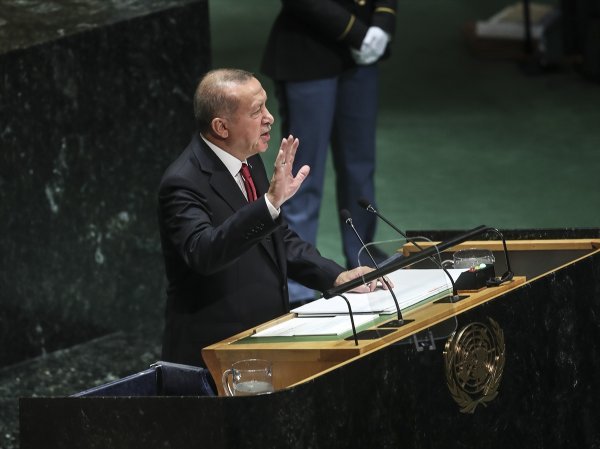 Erdogan also called on UN members to back Turkey's efforts to ensure security in Syria's Idlib to avoid mass migration and massacres and he added international community "losing ability to find lasting solutions" to challenges such as terrorism, hunger, misery and climate change. 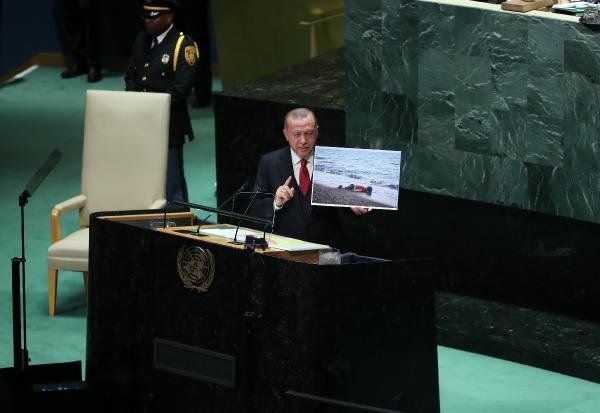 Turkish and US military officials agreed Aug. 7 to set up a safe zone in northern Syria and develop a peace corridor to facilitate the movement of displaced Syrians who want to return home.