Recep Tayyip Erdoğan emphasized Istanbul would be a 'locomotive' of his party in the 2023 elections.

The Turkish president on Sunday stressed the significance of Turkey’s metropolitan city of Istanbul for the country's 2023 elections.

Speaking at his Justice and Development (AK) Party’s extended provincial advisory council, Recep Tayyip Erdoğan said Istanbul will be the "locomotive" of the AK Party in the 2023 elections similar to previous ones.

The party's organizations have even more duties compared to the previous elections, Erdoğan added.

Until the election calendar begins, all members of the ballot boxes that have been in charge since the establishment of the AK Party will be met, and the party's district heads will reach each of their members in person or by phone, Erdoğan also said. 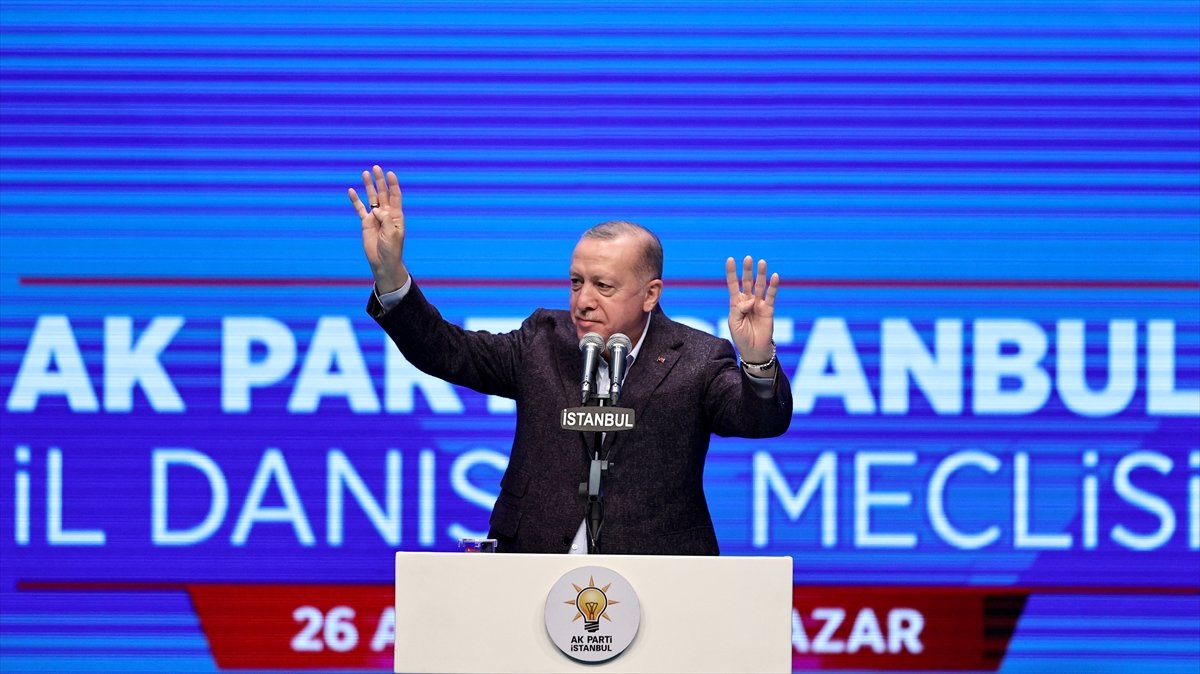 The visits aiming to win the hearts of every citizen, from shopkeepers to households and civil society representatives, continue uninterruptedly, Erdoğan said, adding: "In this context, we attach special importance to reaching our disabled, elderly, orphans, relatives of martyrs, veterans, and low-income citizens. Of course, we do not forget the segments that constitute the main dynamics of the city, especially our business people, non-governmental organizations representing various regions of our country, in a place like Istanbul."

Turkey is set to hold nationwide elections in June 2023, when citizens will choose the president as well as members of the parliament.