Erdoğan and Trump are preparing for the G20 summit

President Recep Tayyip Erdoğan and Donald Trump agreed to meet on the sidelines of the G20 meeting in Japan this June.

President Tayyip Erdoğan and Donald Trump agreed during a phone call on Wednesday to meet on the sidelines of a G20 meeting set for June 28-29 in Japan, the Turkish Presidency’s communications director said in posts on Twitter.

"THE OPPORTUNITY TO CONTINUE THE DISCUSSION"

The two leaders discussed issues such as boosting mutual trade, Turkey’s planned purchase of a Russian missile defense system and “the opportunity to continue the discussion” during the G20 summit, Judd Deere, White House spokesman said in an email.

Ties between the NATO allies have recently been shaky over Ankara’s decision to purchase the Russian S-400 missile system, which Washington says could compromise its F-35 fighter jets. 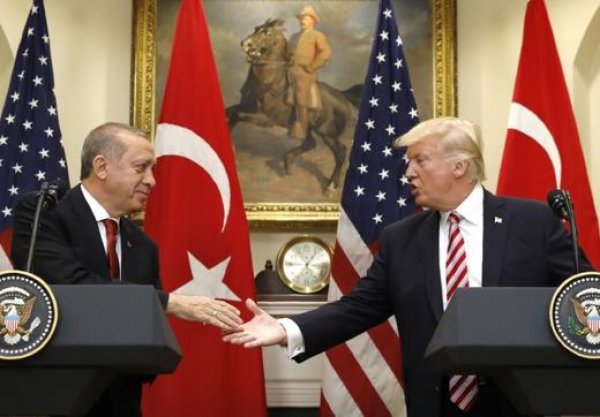 Turkey has suggested that the two countries form a working group that would asses the potential impact of the S-400s on the F-35 aircraft but has yet to hear back from the US. During Wednesday’s call, Erdoğan reiterated to Trump Turkey’s offer to form the working group, Fahrettin Altun, the Turkish communications director, said via Twitter.

Washington has threatened to impose sanctions on Turkey if it goes through with the purchase of the Russian missile system, a move that would likely damage Turkey’s economy. The lira has already declined about 14 percent this year in part on concerns over the potential sanctions.

The allies are also at odds over various other issues, including policy differences in Syria and US sanctions on Iran.