The end of the Fetullah Terrorist Organization (FETO) members in Turkey and abroad is "near", President Erdoğan said on Wednesday.

"RINGLEADER GÜLEN WILL COME TO TURKEY SOONER OR LATER"

"I call on all FETO members inside and outside of our country. Your end is near. You have nowhere to go, no step to take," Erdoğan said at a symposium on local authorities under the new presidential system. Erdoğan said US-based ringleader of the terror group Fetullah Gülen will come to Turkey "sooner or later". 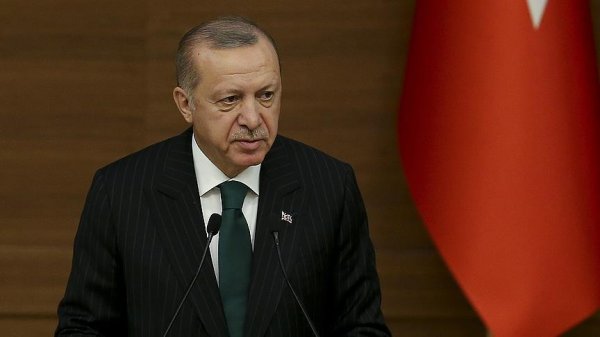 "I don't know until when those who stood behind FETO [leader Gülen] will continue supporting him, but he will sooner or later come here to Turkey," he said. Erdoğan said that Turkey will follow the FETO members "until they don't have a place left to hide in the world."